We all need to ensure the transparent, accountable and public work style of Hayastan All- Armenian Fund President of Arm | ARMENPRESS Armenian News Agency

We all need to ensure the transparent, accountable and public work style of Hayastan All- Armenian Fund President of Arm 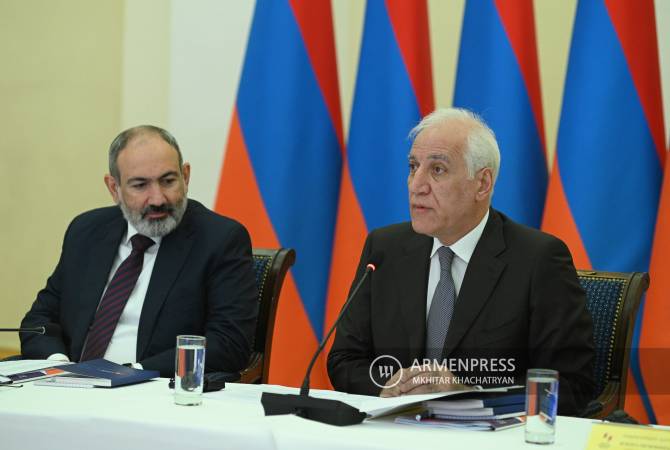 
YEREVAN, JUNE 25, ARMENPRESS. The Hayastan All-Armenian Fund's pan-Armenian involvement precludes any political tendencies, preferences or influence, so the Foundation's board members and entire staff should spare no effort to avoid any political manipulation or suspicion, and to work transparently and publicly, ARMENPRESS reports President of Armenia, President of Board of Trustees of Hayastan All Armenian Fund Vahagn Khachaturyan said at the 31st sitting of the Board of Trustees of the Fund.

Prime Minister of Armenia Nikol Pashinyan and President of the Republic of Artsakh Arayik Harutyunyan also attended the sitting.

"Since the day of its establishment, the Fund has become the powerful national idea and the axis around which we have united to discuss issues of national importance, to try to find solutions," Khachaturyan said.

He added that this is why the daily work of everyone, especially the members of the Board of Trustees, should be aimed at popularizing the Fund, maintaining its reputation and mission.

The President also thanked the Fund’s donors, the Fund’s network and staff for their unwavering devotion and tireless work.