One of our goals is to promote healthy lifestyle, physical culture and sports. Nikol Pashinyan | ARMENPRESS Armenian News Agency

One of our goals is to promote healthy lifestyle, physical culture and sports. Nikol Pashinyan 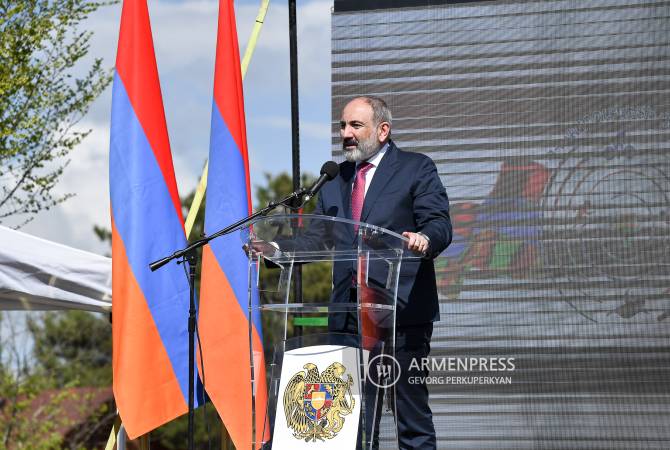 
YEREVAN, MAY 28, ARMENPRESS. Prime Minister Nikol Pashinyan took part in the awarding ceremony of the winners of the  “Prime Minister's Cup of Armenia" amateur road cycling tournament on the peninsula of Sevan Lake, ARMENPRESS was informed from the Office of the Prime Minister.

Prime Minister Nikol Pashinyan greeted all those present, the participants and the winners of the tournament.  "First of all, I would like to once again congratulate all of us on the occasion of May 28, the Republic Day. I must say that the "Prime Minister's Cup" tournament was originally planned in such a way that the Cup related to each sport would take place on the days that are important for our statehood. Of course, in the beginning there will be some reschedulings until the tournaments fit into a more solid logic.

I want to congratulate all of us, because these tournaments are taking place, and every year we see that we have a little more participants. We will continue all the tournaments, they will be traditional, the prize fund will at least not decrease. Hopefully, this will help more people in our country to engage in sports, a healthy lifestyle will become a way of life, by and large, we will be able to popularize sports. We should also hope that this will encourage people not only ride bicycles during tournaments, but also in everyday life. In the modern world, in general, in traffic jams, in particular, the bicycle, of course, can be an interesting, useful, healthy alternative. One of our goals is to promote a healthy lifestyle, to promote physical culture, to promote sports.

I am very glad that the tournaments also find their traditional venue. The venue for the road bike race is Sevan, we have already decided that the venue for the school runnig race will be Parz Lake, we also have a table tennis tournament, which does not have a permanent venue, but we will decide. The first one took place in Charentsavan, running race - in Etchmiadzin. This is also aimed at ensuring a certain tournament geography in the republic."

Nikol Pashinyan also thanked the permanent partners of the tournament, as well as all the organizers and referees. "Referees are very important. One of the strongest conditions of our competition is that the competitions be held in perfect justice, so that there is no doubt that the strongest really win."

The Prime Minister emphasized with joy that there are double winners, there is also a winner who has received three awards - two for cycling and one for running, hoping that their example will encourage the people who missed the opportunity to participate in these tournaments in the past.

Nikol Pashinyan added that the organizers should do everything possible to make information about the tournaments available to all potential participants, to encourage more and more participants every year.

For the first time a doping test was performed according to WADA rules during this tournament. The winners of both age groups, as well as another participant by lot, were tested for doping on the spot.