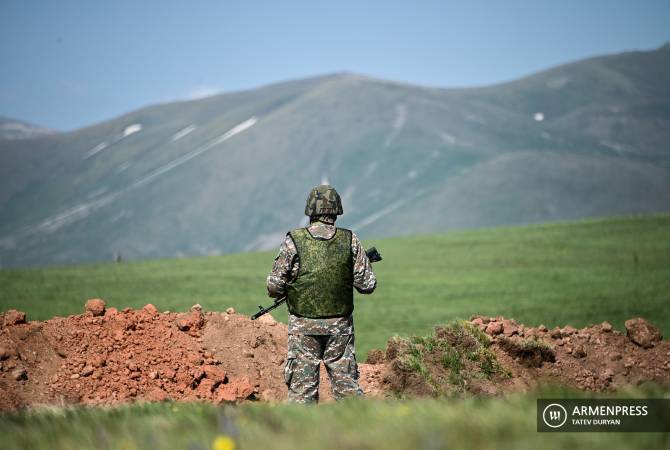 
YEREVAN, MAY 25, ARMENPRESS. A serviceman of the Armenian Armed Forces is under arrest in suspicion of treason, the National Security Service (NSS) said in a statement.

The NSS did not disclose the identity or the unit of the suspect.

It said that the serviceman was recruited in January 2022 by a foreign intelligence agency through social media, namely Facebook, and was paid 200 dollars for transferring highly classified information about his military base’s combat positions, equipment, coordinates, arsenal, number of on-duty troops and other top secret data.

The foreign intelligence service paid the 200 dollars to the suspect by bank transfer.

According to the NSS, the suspect confessed in his testimony after being arrested by the NSS Military Counterintelligence Division.

The suspect is remanded into custody pending trial.

19:52, 06.24.2022
2412 views The Chinese Ambassador to Armenia attaches importance to cooperation with Shirak Province in various fields