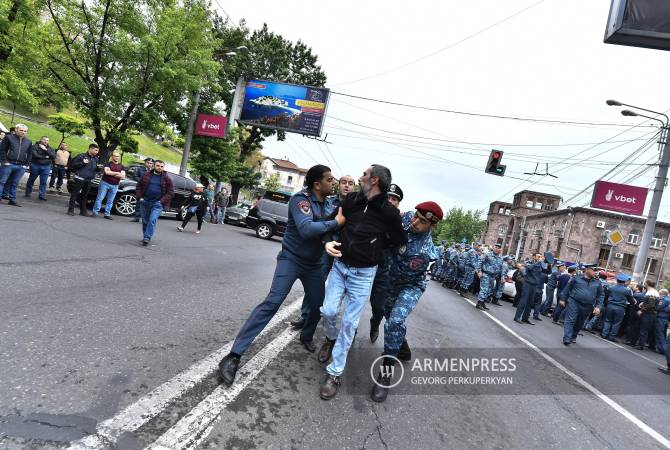 
YEREVAN, MAY 2, ARMENPRESS. During the protest organized by the opposition in Yerevan’s French Square, Ishkhan Saghatelyan, a member of the "Hayastan" faction and a representative of the ARF Supreme Body of Armenia, summed up the activities of the day, referred to the registered incidents and presented the upcoming activities.

"Today, starting from early morning, we carried out acts of disobedience in different parts of Yerevan. We closed about 30 streets. According to official data, 244 people were detained, but I must say that most of them have been released and have joined the rally. Despite all the difficulties, we are strong and ready to go to the end," ARMENPRESS reports, Ishkhan Saghatelyan said.

In his speech, Saghatelyan expressed dissatisfaction with the actions of some police officers. He referred to cases of violence initiated by some civilians, condemning the incidents. Ishkhan Saghatelyan assured that the actions of peaceful disobedience will continue. The participants of the rally again decided to hold a march and block the central streets.