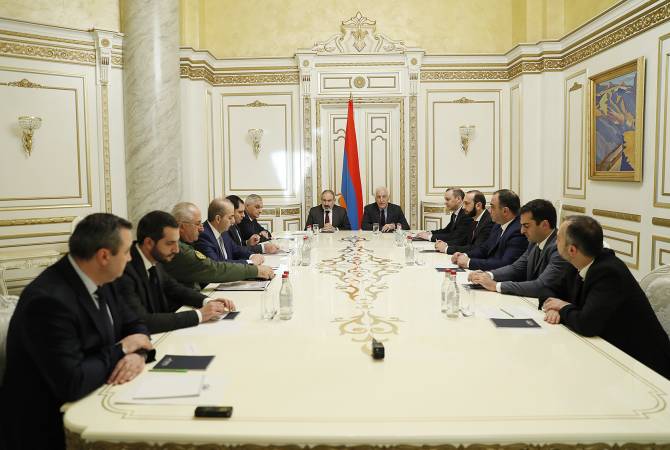 
YEREVAN, MARCH 28, ARMENPRESS. The security situation around Nagorno Karabakh was discussed at today's sitting of the Security Council of the Republic of Armenia, assessing it as extremely tense.

The analysis of the situation shows that the Republic of Azerbaijan, trying to find imaginary justifications, is paving the way for new provocations and attacks in the direction of Nagorno Karabakh, including accusing the Republic of Armenia of un-constructive actions in the issue of the peace treaty.

In the current situation, the Security Council considers it necessary to reaffirm the earlier position of the Republic of Armenia and offers the Republic of Azerbaijan to immediately start negotiations on a comprehensive peace treaty.

The Security Council, drawing the attention of the international community on the chances for armed clashes in Nagorno Karabakh and on the Armenian-Azerbaijani border, considers it necessary to launch international containment mechanisms to prevent further military escalation and ethnic cleansing in the region.