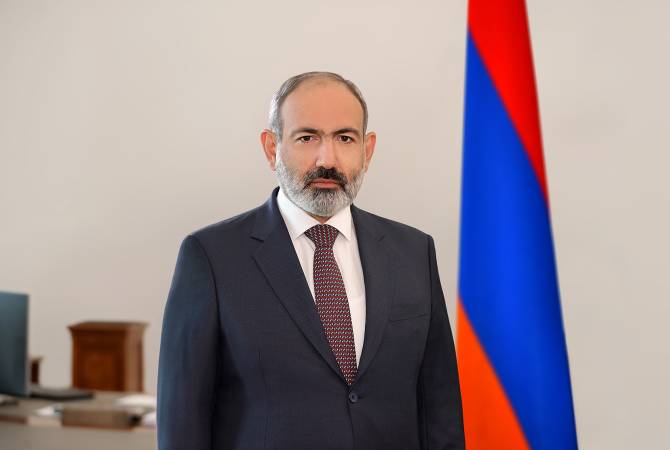 
YEREVAN, JANUARY 28, ARMENPRESS. Prime Minister of Armenia Nikol Pashinyan addressed a congratulatory message on the 30th anniversary of the foundation of the Armenian Armed Forces, his Office said.

The message runs as follows:

Respectful representatives of the Armed Forces,

I congratulate all of us on the 30th anniversary of the foundation of the Armed Forces of the Republic of Armenia.

During these three decades the Armenian Army has both glorious days and passed through many challenges.

The Armenian people appreciate the heroism of all our heroes, those soldiers, officers, generals and volunteers who have fought until the end for the defense, security, sovereignty and territorial integrity of the Homeland.

Today we are moving on the path of systematic reforms aimed at further developing the Armed Forces, by re-assessing the past path of the Army, the advantages, shortcomings and problems it had. The Republic of Armenia will have a professional army, and the government will carry out that work tirelessly, without depression and pessimism, but with optimism on the path of building the security environment. Improving the Army’s combat preparedness, armament and the military service conditions is our priority.

Since 2018, the government of Armenia has started the process of improving the social and living conditions of servicemen, and it will be continuous. Each soldier and officer of Armenia must feel the state’s support, and we will be consistent in that process. Military, officer service must be a subject of special public respect and appreciation, which must be expressed by the system of special social guarantees to the servicemen and their families.

In line with this, the intellectual, professional, physical and psychological preparedness criteria of service assessment must also be raised, and the public respect and appreciation towards the Army must be based on these points.

On the occasion of the Army Day, I would like to specifically thank all volunteers, soldiers, officers and generals who contributed to the formation of the Armenian Army.

I would like to thank all defenders of our Homeland, all servicemen for the sacrifices they made for unconditionally serving to our country and people in these difficult conditions.

I also want to thank their families for the patience, tenacity.

I bow before our heroes: their memory is immortal, their work is sacred.

13:12, 05.10.2022
2519 views Armenia’s proposals handed over to Azerbaijan in Brussels include also status, security of Artsakh – Ambassador-at-large