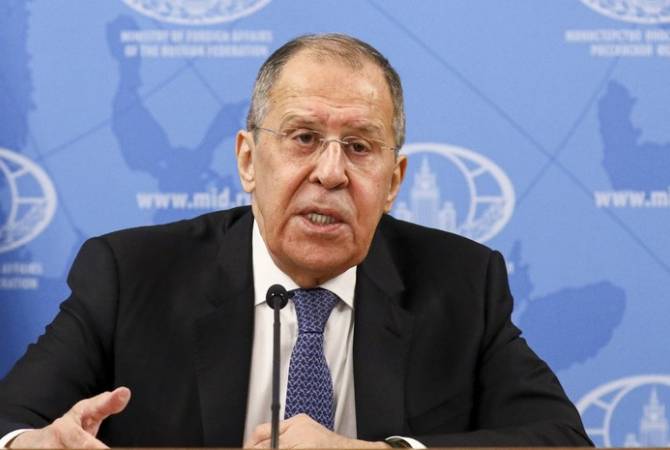 
YEREVAN, JANUARY 14, ARMENPRESS. Russian Foreign Minister Sergei Lavrov is convinced that the stop of hostilities and unblocking of all transportation communications in the South Caucasus, in accordance with the agreements reached between the Armenian and Azerbaijani leaders at the Russian President’s mediation, will open opportunities which all countries of the region – Armenia, Russia, Iran, Turkey, Georgia and Azerbaijan are interested in.

During a press conference today, commenting on the question about the “3+3” format dedicated to issues relating to the South Caucasus, Lavrov said that Georgia’s joining to this format will not oblige Tbilisi to change its political stances.

“We can agree that we are discussing exclusively those topics within the frames of this format which concern all participants”, the Russian FM said, adding that as Moscow doesn’t have diplomatic relations with Tbilisi, it has less opportunities to explain the Georgian side the advantages of this cooperation format. Therefore, Russia has applied to its Armenian, Turkish and Azerbaijani partners on this issue, so that they explain this to the Georgian side.

According to Lavrov, it is in Georgia’s interest to join this format without preconditions.

Turkish President Recep Tayyip Erdogan and his Azerbaijani counterpart Ilham Aliyev came up with the “3+3” initiative on cooperation in the South Caucasus. The first meeting took place in Moscow, Russia, on December 10, 2021. Georgia announced that it will not attend that meetings.