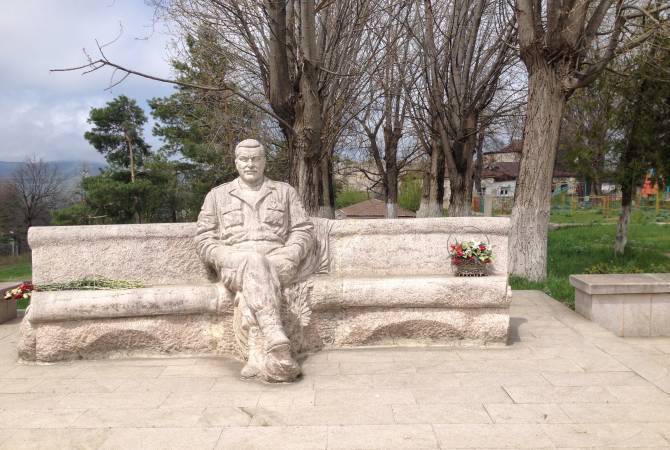 
YEREVAN, NOVEMBER 25, ARMENPRESS. A replica of the Shushi statue of statesman Vazgen Sargsyan which was vandalized and destroyed by Azerbaijani troops will be erected in the town of Jermuk in Armenia, the Jermuk City Hall reported.

The statue will be sculpted by Levon Tokmajyan, using the same materials used in the original statue.

The initiative was brought forward by the acting mayor of Jermuk Vahagn Arsenyan with consent and cooperation of Vazgen Sargsyan’s family.