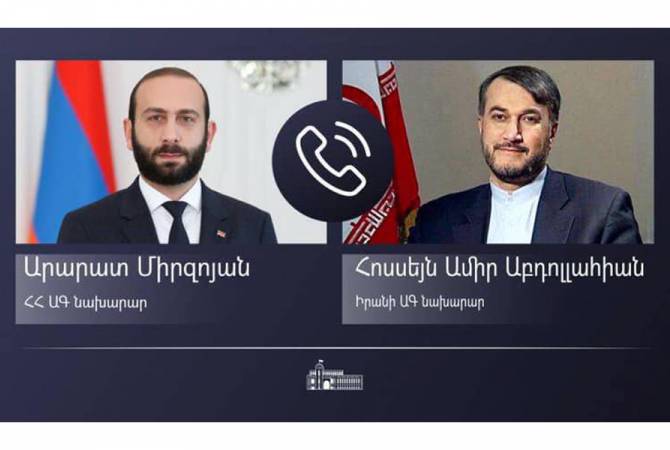 As ARMENPRESS was informed from the press service of the MFA Armenia, the Armenian and Iranian FMs discussed issues of regional security.

The interlocutors exchanged views on expanding ties in the fields of trade, infrastructure, energy.

The implementation of the works for the multilateral agreement on the establishment of the "Persian Gulf - Black Sea" international transport corridor was also highlighted.

21:02, 12.01.2021
Viewed 1990 times Lavrov speaks about Russia's role in finding solutions to issues of dispute between Armenia and Azerbaijan