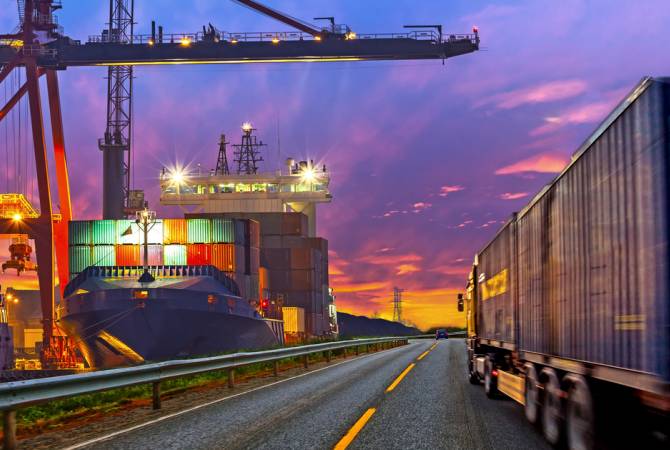 
YEREVAN, NOVEMBER 19, ARMENPRESS. The Persian Gulf-Black Sea international transportation corridor project, initiated by Iran, is gradually taking form. In case of implementation, this project could create a big transit road from India to the countries of Eastern Europe, by boosting the commercial ties of Asia and Europe and also raising Armenia’s economic, political share in the region.

The Embassy of Iran in Armenia told Armenpress that this agreement could be approved at the next meeting of the participating countries in Sofia.

The Persian Gulf-Black Sea transportation corridor is a major international program aimed at economically connecting the ports of the Persian Gulf and the Black Sea. Iran pushed forward the idea back in 2016. At that time Tehran announced that the project will include also all the three republics of the South Caucasus, and Armenia could be one of the transit roads leading to the Black Sea. However, after the recent meetings of the representatives of the participating states and the developments in the region it turned out that Azerbaijan is left out of the project. Meanwhile, Armenia is actively taking part in the project.

The Embassy said that currently Armenia, Georgia, Greece and Bulgaria are involved in this Iranian initiative. However, other countries as well, including India, can have a participation to the project, which would greatly expand the geography of this corridor.

Armenia can also greatly contribute to this project with the North-South highway that is under construction. And Iran highly appreciates these efforts of the Armenian government.

“Fortunately, the government in Armenia is also consistent with the construction of the North-South highway in the Armenian territory. This road would be a very important connecting chain in the Persian Gulf-Black Sea corridor and would significantly raise the attractiveness of the Armenian railway”, the Embassy said.

Since the launch of the initiative in 2016, five stages of expert talks of the working group formed that time have taken place in Tehran (2 times), Sofia, Tbilisi and the last one was held in Yerevan. The delegations of Iran, Armenia (offline) and Georgia, Bulgaria, Greece (online) participated in that meeting in Yerevan in April 2021.

“Azerbaijan was not in attendance”, the Iranian Embassy said.

The Embassy informed that during that meeting in Yerevan the sides demonstrated a will to finalize the text of the agreement and agreed upon the tasks over some sections of the draft text.

“The member states try to do so that the agreement is approved during the upcoming meeting in the Bulgarian capital of Sofia”, the Embassy said.

According to the Embassy, the launch of this project would contribute to increasing the trade exchange rates of Asia with Europe thanks to the economic efficiency and security of the corridor.

“Taking into account the starting and end points of this corridor, it should be noted that this is a multi-model corridor. Cargo from the Persian Gulf will enter Iran by sea. Iran has big ports in the south, some of which are at a development stage. By land, these cargos as well can be transported by the railway network or roads of the countries on the route, such as Iran, Armenia, Georgia and Azerbaijan. In the next part, in other words, from the Black Sea ports to the final destination, the option of sea transportation could also be applied”, the Embassy said, adding that in addition to physical problems connected with the creation of necessary infrastructures, there are also legal issues, the payment issue, the necessary rules of procedures.

As for the possibility of India’s joining the corridor, the Embassy recalled the interest of Indian officials to this route during the official visit of the Indian Foreign Minister in Yerevan in October. Tehran believes that the facilitation of cargo transportation to the Black Se would be beneficial to all countries that have access to the Persian Gulf and the Black Sea.

“Iran and India have good cooperation in the field of transportation, and Indian companies are participating in the Chabahar Port development program and the construction of a new railway in Iran’s east. All countries are interested in having convenient and varied routes. The creation of respective infrastructures and the facilitation of transportations along the Person Gulf to the Black Sea would be attractive not only for the negotiating countries, but also for all those that have an access to the Person Gulf and the Black Sea, both for the other countries of the Persian Gulf and the countries of the Eastern Europe”, the Iranian Embassy said.

19:52, 06.24.2022
2487 views The Chinese Ambassador to Armenia attaches importance to cooperation with Shirak Province in various fields