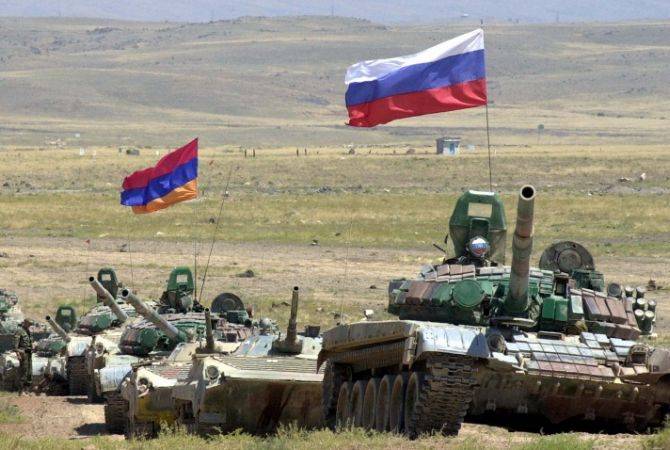 
YEREVAN, OCTOBER 22, ARMENPRESS. The unified formation of the Armenian and Russian troops are holding tactical military exercises in Armenia. The drills kicked off on October 22, the commander of the formation Lt. General Tigran Parvanyan told Sputnik Armenia.

The Special Army Corps troops of the Armenian Armed Forces and the special units of the 102nd Russian military base in Gyumri are taking part.

The general said that similar drills are held several times a year as planned.

Large numbers of equipment, including tanks and infantry fighting vehicles and artillery are involved in the drills.

21:02, 12.01.2021
Viewed 2133 times Lavrov speaks about Russia's role in finding solutions to issues of dispute between Armenia and Azerbaijan