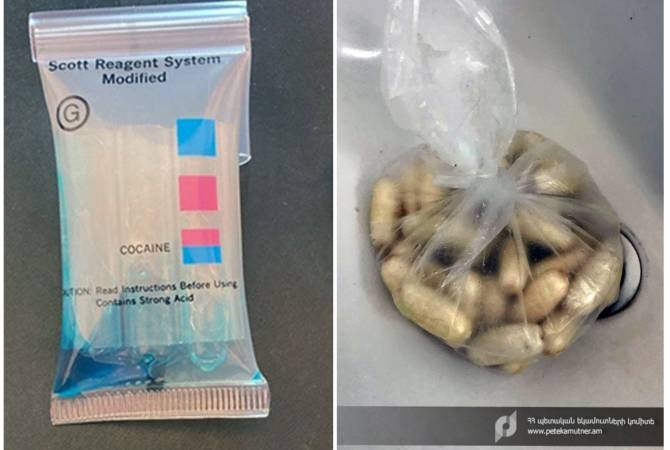 
YEREVAN, SEPTEMBER 28, ARMENPRESS. A Brazilian national is under arrest for smuggling cocaine into Armenia.

The anti-contraband officers of the State Revenue Committee were tipped off that one of the passengers on board a Sao Paulo-Doha-Yerevan flight could be cocaine mule.

The suspect was searched at the Zvartnots airport and then taken to a hospital for a CT scan to reveal possible body packing. The imaging showed that the suspect had a total of 80 capsules containing 746 grams of cocaine in his stomach.

Given the duration of the flights and connections, the suspect carried the drugs in his stomach for at least 24 hours, something the authorities described as “extremely dangerous” given the risks of overdosing if the capsules were to rupture or leak during the flight.

The suspect is remanded in custody amid an ongoing investigation to reveal potential accomplices.