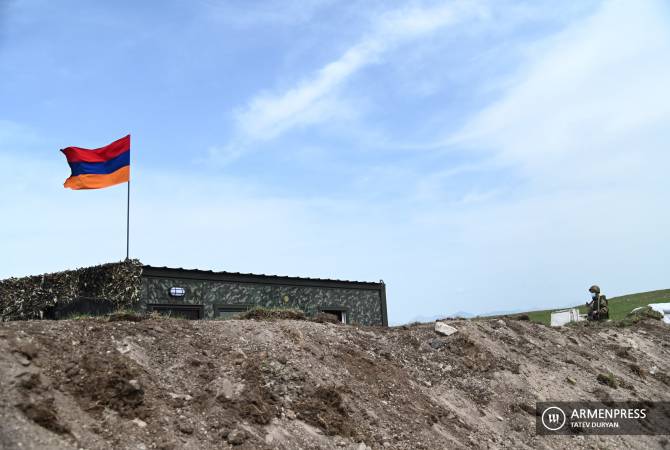 
YEREVAN, SEPTEMBER 1, ARMENPRESS. On September 1, at around 11:10, the Azerbaijani armed forces once again resorted to provocation, by opening fire from sniper rifles at the Armenian positions located in the Yeraskh section of the Armenian-Azerbaijani border, the defense ministry of Armenia said in a statement.

Serviceman of the Armenian Armed Forces, junior sergeant Gegham Sahakyan, born in 1982, received a fatal gunshot wound as a result.

“The defense ministry shares the grief of the loss and extends condolences to the family, relatives and fellow servicemen of the soldier”, the statement says, adding: “The ministry strongly condemns the actions of the Azerbaijani side and warns that they will not go unanswered. The entire responsibility of the escalation of the situation falls on the military-political leadership of Azerbaijan”.

11:29, 05.19.2022
3078 views U.S. recognizes role of population of Nagorno-Karabakh in deciding its future–Ambassador Tracy’s interview to ARMENPRESS