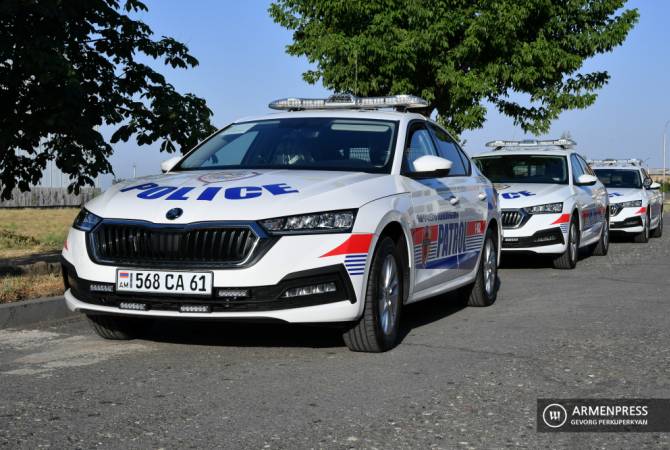 
YEREVAN, JULY 26, ARMENPRESS. The exterior design of the new patrol police cars in Armenia will change, coordinator-advisor of the international legal cooperation at the ministry of justice Amalya Hovsepyan said at a press conference in Armenpress.

“Since the launch of the new patrol police service, the second biggest criticism was connected with the design of cars. The Police have announced an open tender both for the design and the logo. As a result the option, which exists today, has been chosen. There has been criticism with the design not by the citizens, but by some state bodies, which is normal because a service that is completely new cannot be perfect with its functions and daily actions. However, we revise today the design of the cars taking into account the criticism of both the citizens and the Language Committee. It’s very likely that we will have a new look of patrol police cars in the future”, she said, adding that the changes also relate to the Latin letters written on the cars.

The ministry representative noted that the patrol service has certain standards, which all countries follow. It is first of all for serving the citizens of a country. In addition, the patrol service is the agency which is the first to communicate with foreign nationals. Therefore, it should be understandable and perceivable also for foreigners.