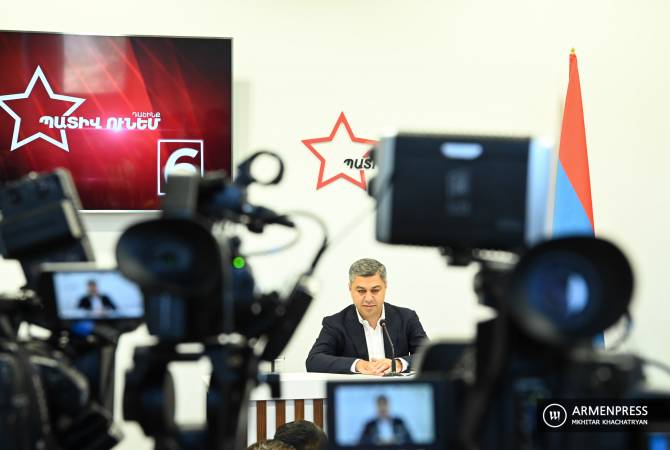 
YEREVAN, JUNE 23, ARMENPRESS. “I Have the Honor” alliance has no final decision yet on taking its seats in the parliament or not, but if a decision is made to take them, the leader of the alliance Artur Vanetsyan also will be represented in the parliament.

“Today we have a situation when the Civil Contract party, the “Armenia” and “I Have the Honor” blocs have been elected to the parliament. However, we need to record that there is such a situation. Yes, violations have occurred during the election process which we have raised, are raising and are going to apply to all measures available to us to dispute these results and find out the dignity. We will make a decision only after that – to be in the parliament or not”, Vanetsyan said.