Quarry output to be used for building new town in Artsakh 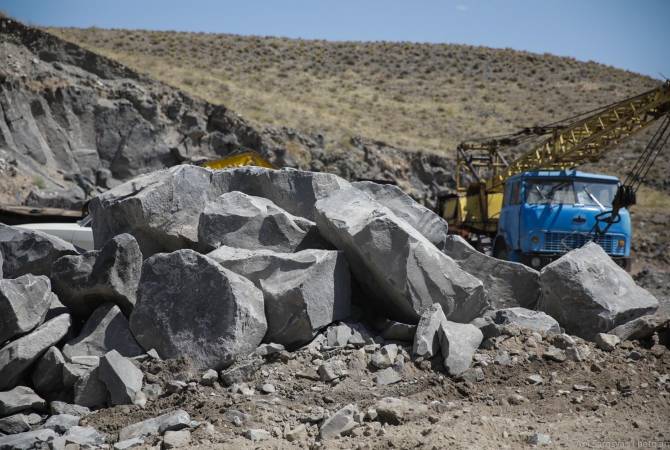 
STEPANAKERT, JANUARY 19, ARMENPRESS. A new town will be built in Artsakh using the rubble stone excavated from the quarry of Martakert, the Artsakh presidential advisor Samvel Voskanyan told ARMENPRESS.

Voskanyan is also the manager of the G. Gabrielyants Future Generations Foundation, and this organization is implementing the project.

“We are actively cooperating with the authorized bodies regarding the location of the settlement and the layout of homes,” he said. “In terms of a timeframe, it is too early to say because not everything depends on us, but the work will commence not long after the launch of the quarry, probably in spring.”

Voskanyan said they are now carrying out preparation works in the Martakert quarry, where the excavation of rubble will begin.

He called the launch of this quarry “vital” because two other rubble stone quarries are lost since the territory went under Azeri control.

“We have already acquired the necessary modern equipment and machinery for excavating stone. At the initiative of our company’s founder Professor Gabrielyants, the Union of Armenians of Russia is cooperating with us in this matter,” Voskanyan said, also highlighting Artsakh government support.

He expressed hope that the logistic issues hindering exports of the excavated stone will be solved soon.

The company also carried out exploratory works in Artsakh, and the operations will continue this year.

Speaking about other programs of Future Generations, Voskanyan said they highlight cultural life, and they have already started the creation of a Visual Arts Museum in Artsakh.