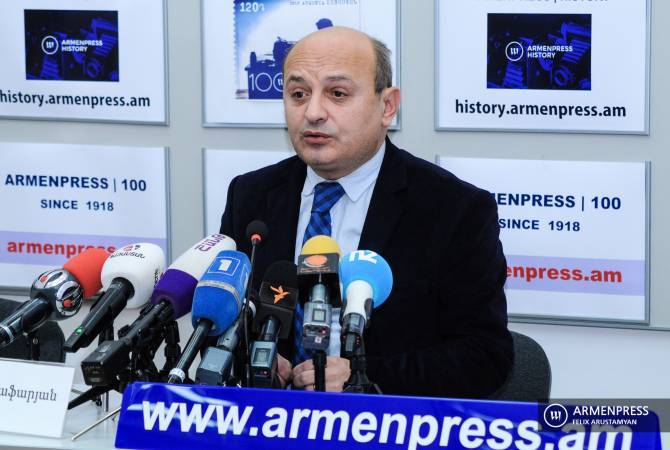 
YEREVAN, DECEMBER 2, ARMENPRESS. President of the Public Council of Armenia Styopa Safaryan has addressed a letter to the ambassadors of the member states of the OSCE Minsk Group, calling on to pay a special visit to Azerbaijan to prevent the violation of rights of captured Armenian servicemen and civilians, as well as make all efforts to assist the International Committee of Red Cross to accelerate the exchange process of POWs.

“Welcoming the fact that the OSCE Minsk Group Co-Chair countries have strongly condemned at the leaders’ level the use of force in the Nagorno Karabakh conflict zone, we at the same time regret that the name of the initiator of the aggressive war against Artsakh/Nagorno Karabakh has not been mentioned till now. Meanwhile, Azerbaijan, which is the initiator of the third such aggression since 1990, even after the ceasefire established by Russia’s mediation, continues new military crimes ignoring all international norms and obligations.

Point 8 of the trilateral statement signed on November 10, 2020, concerns the exchange of prisoners of war, detainees and other civilian and killed persons. There is no concrete timetable for conducting the safe exchange of our compatriots in that statement. Azerbaijan continues violating the demands of the ceasefire, delays the process of ensuring the return of the prisoners of war and civilians, applying inhuman treatment against them. We ask you to take immediate steps and put pressure and give an urgent solution to the issue”, reads the letter.

The full text of the letter is available in Armenian.