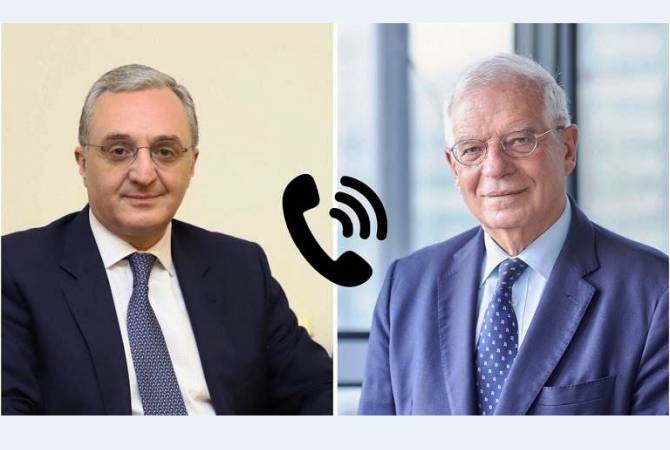 During the talk the Armenian FM introduced Mr. Borrell on the violation by Azerbaijan of the third agreement on ceasefire reached in Washington D.C. and the constant targeting of Artsakh’s civilian population and infrastructure. The FM stated that during the phone talk with the High Representative Artsakh’s capital Stepanakert and second largest city Shushi are under missile strike, the hospital in Stepanakert has been deliberately targeted. He also presented the humanitarian situation in Artsakh caused by the Azerbaijani actions.

As for Turkey’s destabilizing actions in the South Caucasus, minister Mnatsakanyan said such actions are a threat to both the regional and international security.

The FM reaffirmed Armenia’s commitment to the exclusively peaceful settlement of the Nagorno Karabakh conflict within the frames of the mediation of the OSCE Minsk Group Co-Chairmanship.

Both sides emphasized the necessity of fulfilling the agreements on ceasefire and establishing stable, controllable truce.