Lawmaker urges Diaspora-Armenians to be cautious, not to give in to Turkish-Azeri provocations | ARMENPRESS Armenian News Agency

Lawmaker urges Diaspora-Armenians to be cautious, not to give in to Turkish-Azeri provocations 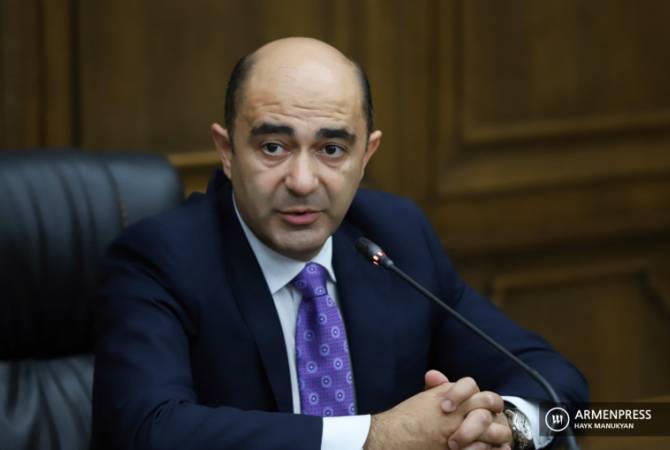 
YEREVAN, OCTOBER 29, ARMENPRESS. Head of the opposition Bright Armenia faction of the Parliament Edmon Marukyan calls on Armenians living abroad to be cautious and not to give in to provocations of Turks and Azerbaijanis.

“I want to call on our compatriots living in different countries to be as cautious as possible, not to give in to any Turkish-Azerbaijani provocation”, he said during parliamentary briefings, reminding the October 28 incident in France when Turks attack Armenian peaceful protesters with a knife.

At night Turks in France went to the streets looking for Armenians, voicing threats. “In general, transferring the conflict from the battle field to other places is impermissible. I call on our compatriots to be cautious and refrain from any actions which can lead to confrontation. We are in war, the war is taking place in the frontline, outside of this we cannot endanger the peaceful way of life of Armenians”, he said.