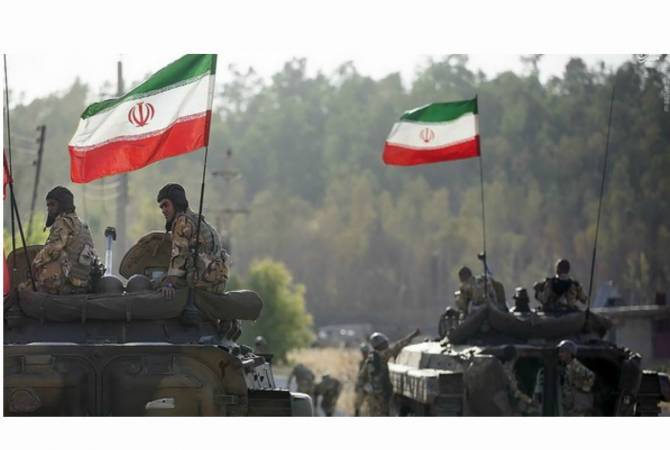 
YEREVAN, OCTOBER 26, ARMENPRESS. The Islamic Revolutionary Guard Corps (IRGC) has sent special units and military equipment to its borders with Nagorno Karabakh and Nakhichevan. ARMENPRESS reports, citing the Iranian Azariha Telegram Channel, a representative of the IRGC told reporters, noting that Tehran makes this move to secure it north-eastern borders from foreign involvement and protection of the territorial integrity of the country.

‘’Iran will not tolerate any geopolitical change of the borders of the region'', the Iranian military official said.

Earlier, Iranian sources published footages showing the deployment of military units of the IRGC near Khoda Afarin and Julfa regions.