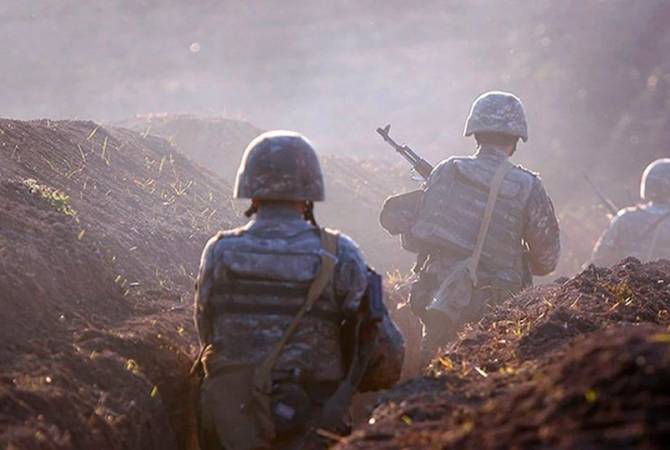 
STEPANAKERT, OCTOBER 26, ARMENPRESS. The Azerbaijani military fired one missile from a Smerch heavy multiple rocket launcher at the village of Zardarashen in Martuni region, Artsakh, the Defense Ministry said.

“Despite the new ceasefire agreement reached in the United States, the Azerbaijani forces have launched an attack in the direction of the frontline of a military base in the south-eastern part, continuing to bombard the peaceful settlements as well. Particularly, around 13:50 the Azerbaijani forces fired 1 missile from a Smerch multiple rocket launcher on the village of Zardarashen in Martuni region.

The Defense Army units are engaged in defensive battles to neutralize the enemy attacks and repel them back to their starting positions,” the Artsakh Defense Ministry said.