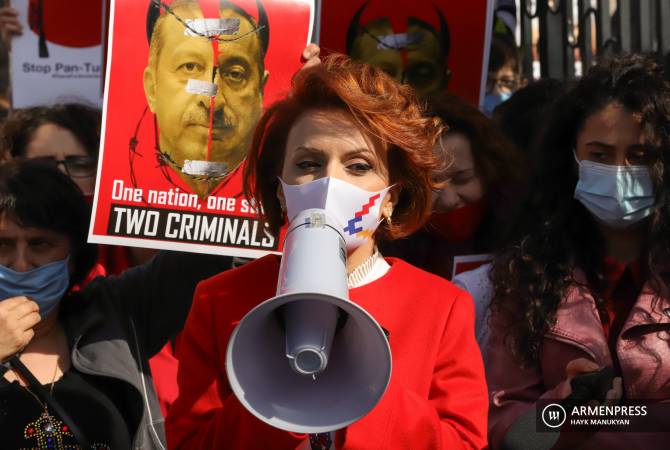 
YEREVAN, OCTOBER 26, ARMENPRESS. Women and children from Artsakh, who have temporarily settled in Armenia due to the Azerbaijani attacks, are holding a protest outside the EU Delegation to Armenia.

They are urging the international community not to stay silent and give a proper reaction to the Turkish-Azerbaijani-terrorist aggression against Artsakh.

The protest participants brought with them a letter to hand it to the EU Delegation Head.

The security officer of the Delegation told the protest participants that no one in the staff is in the workplace due to the pandemic. He proposed to leave the letter at the Office or come to the Office on October 27 for a meeting, without clarifying with whom they will meet.