Canada calls on external parties to stay out of NK conflict 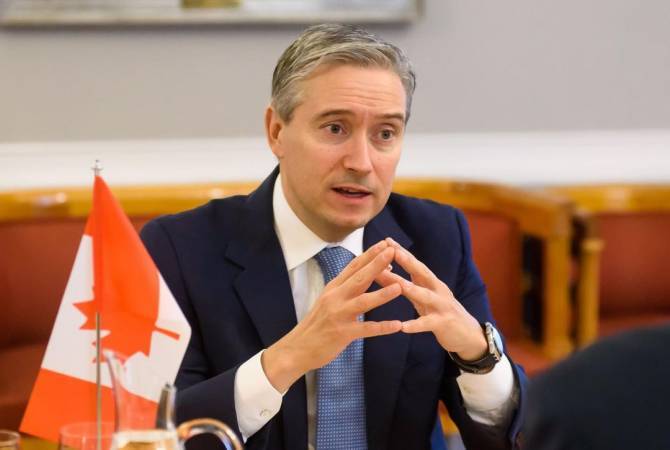 
YEREVAN, OCTOBER 26, ARMENPRESS. Canada has once again called on external parties to stay out of the Nagorno Karabakh conflict and the creation of ceasefire verification mechanisms.

Canadian FM François-Philippe Champagne said that he spoke to Armenian FM Zohrab Mnatsakanyan and also mentioned that the US facilitated talks will lead to a new ceasefire in NK.

“We continue to call on external parties to stay out of the conflict & the creation of verification mechanisms by OSCE Minsk Co-Chairs,” he tweeted.

Another Azeri violation took place at 09:10. Azerbaijani forces fired 5 artillery shells at the Artsakh positions in the south-eastern direction.