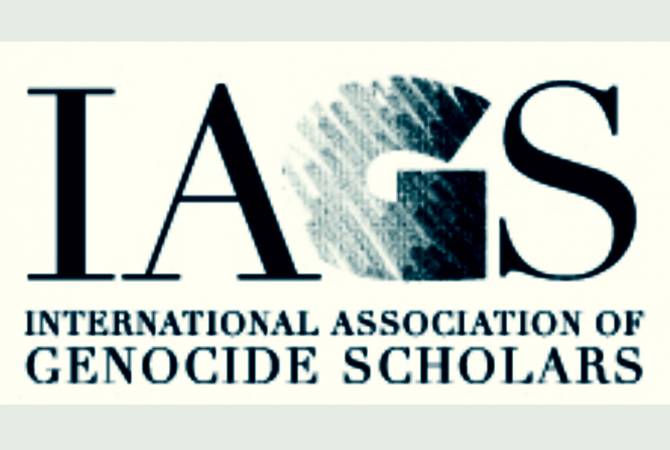 
YEREVAN, OCTOBER 22, ARMENPRESS. Since September 27, 2020, Azerbaijan, backed by Turkey, initiated a large-scale, unprovoked war against the Republic of Artsakh and the Republic of Armenia. Over the last days Azerbaijani forces have intentionally been attacking civilians and civilian infrastructures, and they have heavily shelled Stepanakert, Shushi, Mardakert, Hadrut, and other settlements with cluster munitions and other weapons prohibited by international humanitarian laws, ARMENPRESS reports reads the statement issued by the International Association of Genocide Scholars (IAGS).

The Shushi Holy Savior (Ghazanchetsots) Cathedral, was severely damaged after two deliberate air raids conducted by the Azerbaijani military on October 8 and 9. This is not only a violation of the 1954 Hague Convention for the Protection of Cultural Property in the Event of Armed Conflict and its two (1954 and 1999) Protocols, but also a part of policy of the cultural genocide that the Azerbaijani government has been implementing over the past 30 years by systematically destroying the Armenian historical heritage, including thousands of ancient Khachkars (carved cross stones) in the city of Djulfa (Nakhichevan). It is well established that cultural genocide is clear evidence of the existence of a special intent to commit genocide.

Furthermore, it is documented that Turkish armed forces and air forces directly participate in hostilities. Moreover, there are many  impartial international media reports showing that during the current large-scale Azeri aggression against Artsakh, a substantial number of mercenaries identifying as jihadists from Syria and Libya, and likely also from Afghanistan and Pakistan, are hired and sent by Turkey to Azerbaijan to fight against Armenians. This also constitutes a violation of international law.

Direct Turkish involvement in the decades-long conflict is thus no longer a threat that Armenians in Artsakh, Armenia, and Turkey have had to fear, but a fact that threatens to annihilate Armenians in Artsakh and beyond. A recent statement issued by the Turkish president, Recep Tayyip Erdogan, read that they, Turkey, were going “to continue to fulfill the mission of their grandfathers, which was carried out a century ago in the Caucasus”. This constitutes a direct threat of continuing the Armenian genocide that began in 1915.

The statement does not stand alone. Turkey officially and continuously denies the Armenian genocide, but various officials, including the president, have repeatedly hinted that Turkey is ready to once more "give a lesson" to Armenians, and that the “deportation” of Armenians in 1915 was the most appropriate decision at the time. “Armenian” is a commonly-used curse word in Turkey, and “leftovers of the sword” is another derogatory term used in Turkish to refer to the survivors of the genocide, which Erdogan publicly used during a briefing in May 2020. These and many other examples all amount to tacit recognition and approval of the genocide; it is, in other words, hate speech that threatens a new genocide. The attacks against Armenian churches and other properties all around the world by the Turkish nationalists are on the rise. Lately, Armenians and other Christians in Istanbul were targeted and blamed for supposedly spreading coronavirus, and Armenians have also been harassed by pro-Azeri Turks since the beginning of the latest outbreak of war. The most high-profiled victim has been the Turkish-Armenian politician Garo Paylan from the pro-Kurdish HDP-party. And Erdogan’s government does not spare its Turkish or Kurdish intellectuals and ordinary citizens, prosecuting them for even the slightest imagined transgression.

The position of the Azerbaijani leadership and society is even more aggressive. For years, anti-Armenian discourse and propaganda have been part of official state policy. Every day, indoctrination is carried out from schools to state media that demonizes Armenians, presenting them as an absolute evil that should be deprived of the right to live in Artsakh and Armenia, including the capital Yerevan. In one of his many public speeches, Azerbaijani President Ilham Aliyev himself spoke about a “hypocritical, global Armenian conspiracy with Western politicians, who are embroiled in corruption and bribery,”reminiscent of Adolf Hitler's "global Jewish conspiracy” thesis, reiterated many times in Nazi speeches as a pretext and justification for the Holocaust.

It is therefore not merely rhetorical when on October 3, in the early phase of the current conflict, Armenia's Prime Minister, Nikol Pashinyan, in his address to the nation stated the following: “The objective of the Azerbaijani-Turkish bandits is not about claiming territory. Their objective is the Armenian people. Their objective is to continue their genocidal policy.” In fact, history, from the Armenian genocide to the last three decades of conflict, as well as current political statements, economic policies, sentiments of the societies and military actions by the Azerbaijani and Turkish leadership should warn us that genocide of the Armenians in Nagorno-Karabakh, and perhaps even Armenia, is a very real possibility. All of this proves that Armenians can face slaughter if any Armenian territory is occupied, consequently recognizing of the independence of the Republic of Artsakh is the way to save Armenians of Artsakh from extermination now or in the near future.

We, as members of the academic community, demand that the international community takes direct and serious action so that the Azerbaijani aggression immediately ceases, and that anti-Armenian state propaganda and hatred in Azerbaijan and Turkey ends. We appeal to the international community to raise their voices against xenophobia, aggression, and war, and for the prevention of new genocide.