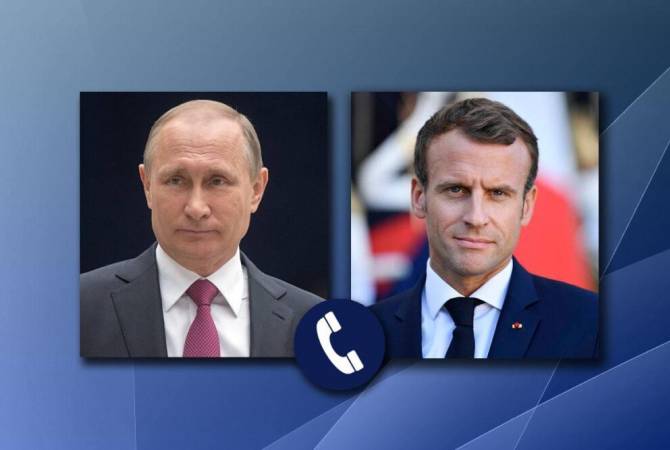 
YEREVAN, OCTOBER 20, ARMENPRESS. President of Russia Vladimir Putin and President of France Emmanuel Macron held a telephone conversation, discussing the developments in Nagorno Karabakh conflict zone in detail, ARMENPRESS reports, the press service of the Kremlin informs, noting that the Presidents emphasized the importance of observing the ceasefire agreement between Armenia and Azerbaijan.

Vladimir Putin informed about the measures aimed at preventing the future escalation of the military operations and immediate resumption of negotiations for a political – diplomatic settlement of Nagorno Karabakh conflict. The sides emphasized the importance of observing the ceasefire agreements of October 10 and 17 reached between the conflicting sides.

During the conversation the Presidents of Russia and France emphasized the readiness to closely coordinate activities in the sidelines of both OSCE Minsk Group Co-chairs’ format and the UNSC.