Co-Chairs agenda item is a ceasefire that holds, says Deputy FM ahead of Washington ministerial 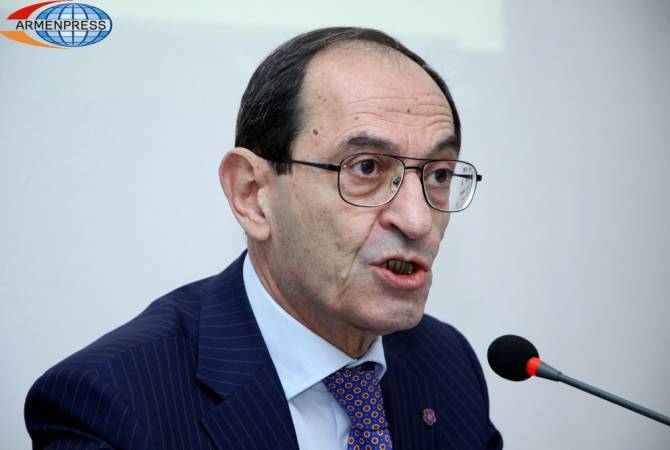 
YEREVAN, OCTOBER 20, ARMENPRESS. The OSCE Minsk Group Co-Chairs have one item on their agenda – a ceasefire that isn’t simply announced but which is observed, Deputy FM Shavarsh Kocharyan told reporters addressing the upcoming meetings of the Armenian and Azeri foreign ministers with US Secretary of State Mike Pompeo in Washington on October 23 amid the continuous Azeri violations of the truce in Artsakh.

“This is very important from the perspective that up to this day it’s Russia and France who were most active from the three Co-Chairs. The second attempt of declaring a ceasefire even happened with the efforts of the French side. And now the joining of the American side is also important. That is, we must realize that in this case all three co-chairs have one issue in the agenda, that a ceasefire isn’t simply declared but that this ceasefire is protected, fulfilled,” Kocharyan said.

The Deputy FM noted that at the current phase the three co-chairs have one mandate – to “contribute to achieving a common denominator through compromise of the sides.” The second mandate is not to allow for military actions to restart. “The mediators’ primary task on the agenda is for a ceasefire to happen that will be maintained.”