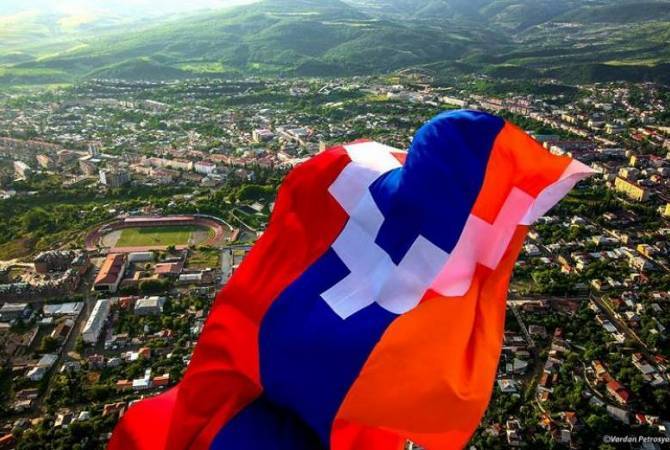 
YEREVAN, OCTOBER 18, ARMENPRESS. The Council of the French Hauts-de-Seine Department issued a statement calling on the French President and the French Government to reconsider their diplomatic strategy and to render diplomatic assistance to the Republic of Artsakh (Nagorno Karabakh) in the face of the continuing aggression by Azerbaijan.

As ARMENPRESS was informed from the press service of the Foreign Ministry of Artsakh, the statement was adopted unanimously at the meeting of the Council of the Department of Hauts-de-Seine, based on the proposal of Council member Josiane Fischer.

Below is the unofficial translation of the statement.

On 27 September, Azerbaijan unleashed a war against the Armenians of Nagorno-Karabakh targeting cities, including the capital Stepanakert, and civilians.

This war broke out with the support of Turkey, which still refuses to recognize the responsibility of the Ottoman Turks for the 1915-1916 genocide. According to the Syrian Observatory for Human Rights, Turkey transferred mercenaries from Syria to Azerbaijan to take part in the fighting and sow death in Nagorno-Karabakh.

In this decades-long conflict in which Nagorno-Karabakh and the Republic of Armenia are confronted with Azerbaijan, France has sought a peaceful settlement under the auspices of the Organization for Security and Cooperation in Europe (OSCE) Minsk Group, which it co-chairs together with the United States and the Russian Federation.

So far, France has sought peaceful solutions based on the principle of neutrality.

Considering that this neutrality cannot be maintained towards Azerbaijan, which has started a war targeting the Armenian civilian population in Nagorno-Karabakh;
Taking into account that Turkey's belligerent stance in support of Azerbaijan, and the transfer of Syrian mercenaries are unacceptable and pose a greater risk of regional destabilization;

Mindful that many residents, particularly in Stepanakert, have been forced to flee their homes due to the hostilities, and there is a humanitarian need to end the fighting immediately;

Considering that the Russian-brokered ceasefire reached by the Foreign Ministers of Armenia and Azerbaijan on October 10 was not respected;

The Council members of the Hauts-de-Seine Department call on the President of the French Republic and the Government to reconsider their strategy and to express the following position:

France demands an immediate cessation of hostilities and respect for the ceasefire in Nagorno-Karabakh. Any further aggression by Azerbaijan could prompt France to examine the circumstances and provide diplomatic assistance to the Nagorno-Karabakh authorities.