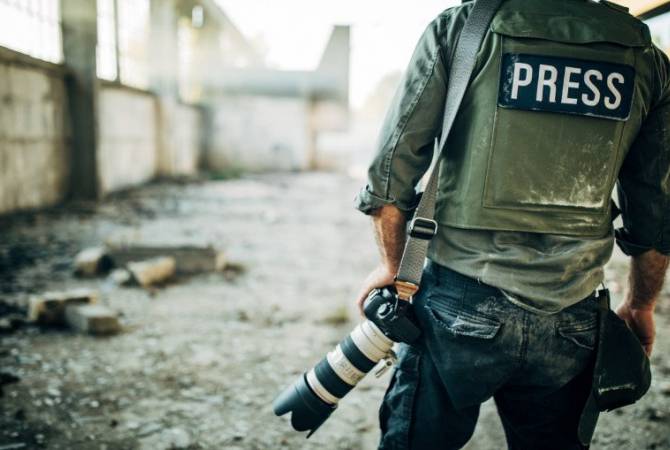 The TV channel issued a statement saying that Yelovsky escaped unharmed and is now in a bomb shelter.

Other journalists from both Armenia and other countries were reporting from the scene when the attack happened. They were filming the damages to the local homes that were hit by Azerbaijani artillery strikes earlier.

Reporters of the French Le Monde newspaper and a cameraman of the ARMENIA TV Channel were wounded in the Azeri bombing.