‘I say to Armenia and to Armenians; France will play its role’ – Macron criticizes Turkey | ARMENPRESS Armenian News Agency

‘I say to Armenia and to Armenians; France will play its role’ – Macron criticizes Turkey 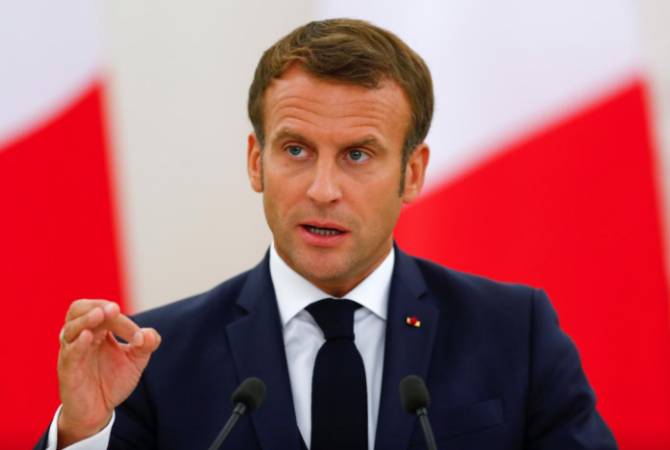 During a press conference in Latvia, Maron called Turkey’s militaristic rhetoric as “reckless and dangerous”.

“France remains extremely concerned over Turkey’s bellicose comments in past hours. We do not accept that”, he said.

The French President announced that he will discuss the NK conflict with Russian President Vladimir Putin and US President Donald Trump today in the evening, after reporting the EU leaders on the situation.

According to the latest data, the Azerbaijani side has suffered more than 790 human losses and 1900 wounded as a result of its aggression. The Artsakh side has destroyed a total of 7 Azerbaijani attacking helicopters, 74 UAVs, 137 tanks, 82 vehicles, 3 heavy engineering armored equipment, 1 aircraft, as well as TOS-1A heavy artillery system.