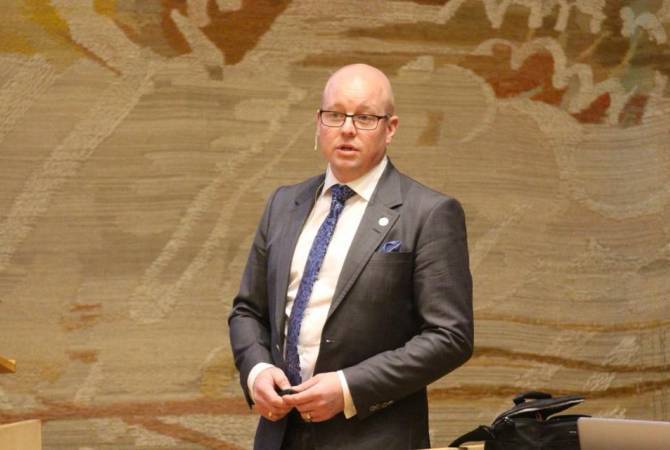 
YEREVAN, SEPTEMBER 27, ARMENPRESS. Swedish Member of Parliament Björn Söder, a friend of the Armenian people, condemns the aggression unleashed by Azerbaijan against Artsakh.

The Swedish MP told Armenpress that the military-political leadership of Azerbaijan bears the full responsibility of all these terrible actions.

“I think that Azerbaijan’s constant attacks should be strongly condemned by the whole world. It’s important to record that the military-political leadership bears the full responsibility of these terrible attacks. It’s very important to continue the negotiations directed to peace within the frames of the OSCE Minsk Group”, he said.

The Swedish lawmaker said the international community should first of all prevent the Azerbaijani attacks, condemn them, and the world should require to investigate the actions of Azerbaijan.