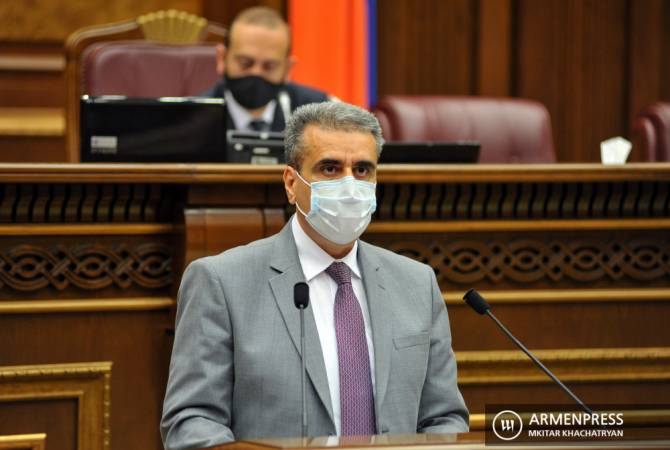 
YEREVAN, SEPTEMBER 26, ARMENPRESS. Justice Yervand Khundkaryan failed the confirmation vote to become the President of the Constitutional Court. He was the only nominated candidate to become the chief justice of the high court.

“Since he was the only nominated candidate and he didn’t receive the required number of votes, he wasn’t elected,” Constitutional Court Justice Edgar Shatiryan told reporters.

Hrayr Tovmasyan, the former President of the Constitutional Court who was ousted by parliament but retained his position as Justice, had nominated another Justice for the presidency of the high court, but the candidate withdrew afterwards, leaving Khundkaryan as the sole nominated candidate. Tovmasyan said he won’t participate in the process of electing a new President of the Constitutional Court.

“Naturally there will be a new nomination or nominations,” Shatiryan said, noting that the process will continue as prescribed by law.

He said the election of the Vice president of the Constitutional Court is also postponed until Monday 11:00.