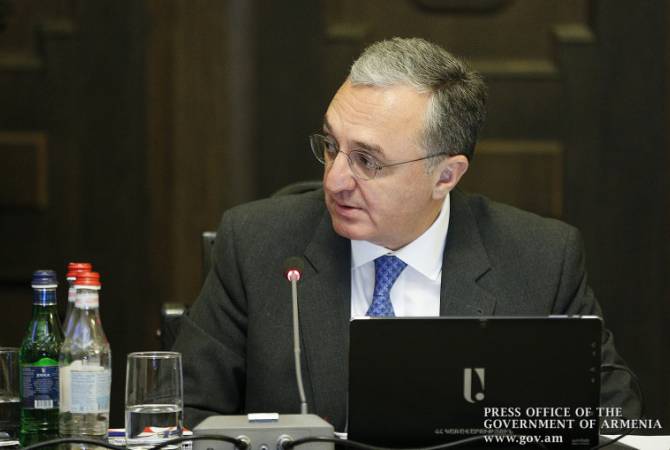 
YEREVAN, JULY 13, ARMENPRESS. Armenia’s foreign ministry is in constant contact with the OSCE Minsk Group Co-Chair countries and the CSTO member states following the military operations unleashed by Azerbaijan on the border with Armenia on July 12, FM Zohrab Mnatsakanyan said during the extraordinary session of the Cabinet today.

“Starting from yesterday we are in constant contact with the OSCE MG Co-Chair countries, the personal representative of the OSCE Chairperson-in-Office. In terms of exchange and coordination of information that work is continuous and now as well continues. In line with this, we are also in touch with the CSTO Secretary General and the CSTO member states, this work also continues and of course our work with all our partners in this respect continues and is ongoing”, the minister said, adding that the ministry is transparently informing about the course and all developments that are taking place in this direction.