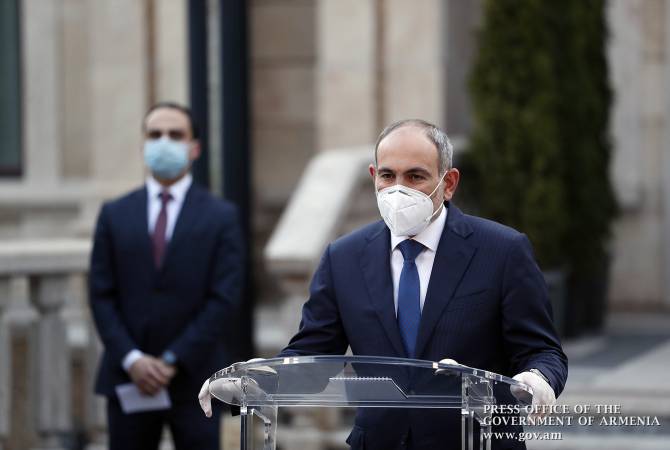 
YEREVAN, JUNE 3, ARMENPRESS. Prime Minister of Armenia Nikol Pashinyan urges citizens to join the process of public oversight and post photos on their Facebook pages about the violations of anti-pandemic rules, PM Pashinyan said in a briefing following the session of the Commandant’s Office.

‘’Starting from yesterday we were able to understand the scale of the problem and I want to thank all the citizens who participated in the flashmob of public oversight. I think that we were able to carry out a very small revolution and witnessed at least some improvement of people’s behavior.  I plan to continue this process and there will be a broad coverage of this issue on my Facebook page every day. I urge the citizens to allocate some time every day for public oversight. I can say that with this we launch the establishment of the public oversight team’’, ARMENPRESS reports the PM as saying.

Referring to the reasons of carrying out a flashmob like that, PM Pashinyan noted that he was not satisfied with the reports of the state bodies. ‘’For that reason I relied on one of the best methods so that the public could discover the violations of anti-pandemic rules.  As a result we discovered a monstrous reality that we deal with a huge and ubiquitous phenomenon of violations of rules’’, Pashinyan said, adding that the Police are able to effectively act if the violations are limited to some level, but if the majority of people violate the rules, it’s impossible to keep control of the situation.