“Armenia has always condemned discrimination and racism” – Ambassador to Switzerland 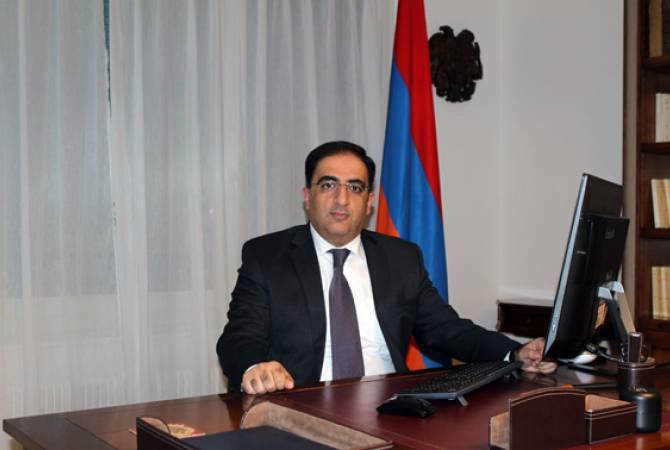 The ambassador emphasized that the 2018 revolution in Armenia was aimed at building a true democratic society based on human rights and fundamental freedoms.

He said it is natural that in the international arena Armenia is consistent in encouraging the same principles and values which were at the foundation of the democratic changes in Armenia.

“Armenia has many years of positive cooperation with the Office of the United Nations High Commissioner for Refugees. In recent years, it was especially reflected in the context of aid for the Syrian-Armenians who found refuge in Armenia. The International Committee of the Red Cross was one of the first international organizations to open an office in Armenia. It also has a permanent mission in Artsakh. Overall, these two abovementioned organizations have significant roles within the framework of the Nagorno Karabakh conflict,” he said.

The ambassador also spoke about Armenia’s contributions to the international efforts for the prevention of genocide and crimes against humanity.  He said Armenia’s many years of contributions in the efforts makes it a pioneer in the area.

“We are committed to the continuation of work in this direction, namely in developing international mechanisms for early response and prevention of new violence and crimes, in order for Never Again not to be simply a motto, but become reality,” he said.

He noted the strengthening of the civil society, protection of women’s rights and creation of equal opportunities as other areas of Armenia’s proactive contributions to the international agenda of human rights. He reminded that Armenia is the elected Chair of the Commission on the Status of Women for 2020-2021.

Ambassador Hovhannisyan said that Armenia has constantly voiced condemnation of discrimination and racism. “We are keeping the issues of protection of national and religious minorities in our focus, especially during times of crisis such as the situation in the Middle East. Great attention is paid to fighting the advocacy of violence and hate speech. Armenia’s approaches in human rights issues are based on the universal commitment of “not ignoring anyone”, according to the principle that everyone has all rights and freedoms, regardless of any differentiation, including the political or legal status of their place of residence. This is our cornerstone approach in the international human rights agenda,” the ambassador said.