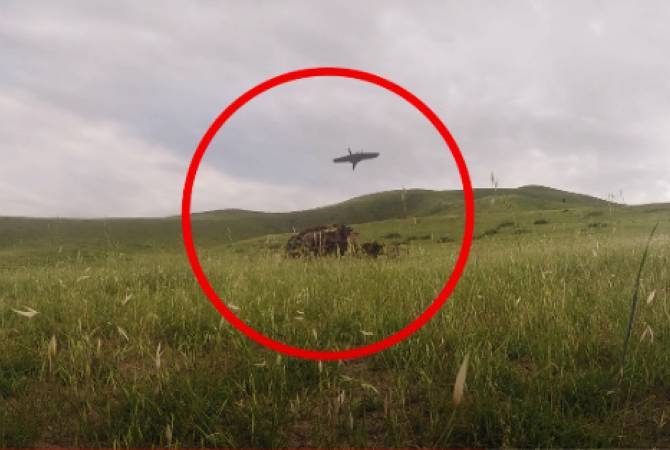 
YEREVAN, MAY 20, ARMENPRESS. The Artsakh military has successfully tested an unmanned combat aerial vehicle (UCAV) during the final phase of a military exercise at the Tigranakert training grounds on May 19.

The combat drone is developed and modernized by civilian and military specialists of Artsakh, the military said.

According to the military, the drone functions independently from various positioning systems, has high maneuverability and striking capacities and is controlled easily.

Artsakh’s Defense Army said it will launch serial production of the combat drones “in the coming months” and the weapons will be deployed in the military.