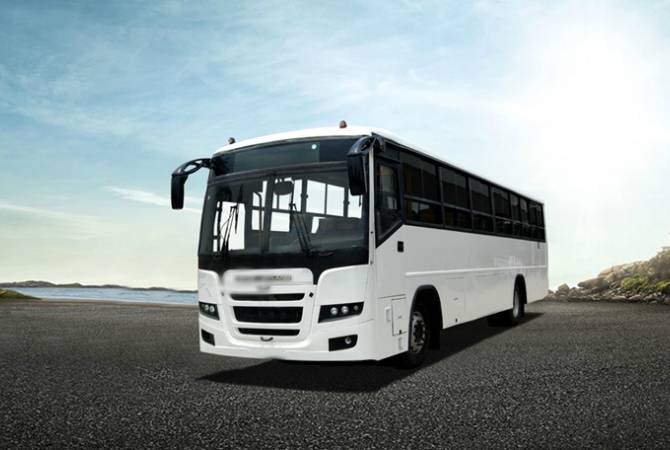 
YEREVAN, MAY 18, ARMENPRESS. A bus manufacturing plant will be established in Armenia within the framework of a joint project by the South Korean Youngsan corporation and the Armenian National Interests Fund (ANIF).

The production of the buses is intended for the consumption of the Eurasian Economic Union (EEU) market.

“A bus assembly center will be established. The buses are intended for the Eurasian Economic Union market. We have a very concrete targeting. Armenia is becoming a convenient country for international enterprises,” ANIF CEO David Papazyan told ARMENPRESS.

He said discussions are underway with other companies as well and they aim at making Armenia an industrial hub to supply the EEU markets with the products.

Youngsan was working with the Armenian Ministry of Economy and the Investment Support Center in the initial stage.

The ANIF will finance a part of the plant and will become a shareholder of less than 50%, somewhere between 40-49%, Papazyan said.

The project is worth 4,4 million dollars, 1 million of which will be financed by ANIF, a bit more than 1 million by the company itself, and nearly 2,3 million will be loaned from an Armenian commercial bank by the company.

Youngsan’s 2019 sales totaled more than half a billion dollars, and the company is usually also working on orders from other brands. Certain clarifications are yet to be made regarding the to-be-produced buses in Armenia, but most likely the Armenia plant will produce three different types of buses, with a length of up to 10 meters.

The company will further launch the production of raw materials in Armenia sometime after starting the project.

The project is planned to be launched in 2020.

The launch has been delayed a bit due to the coronavirus pandemic, but Papazyan said he hopes the South Korean businessmen will be able to arrive sometime in July for finalizing the deal.