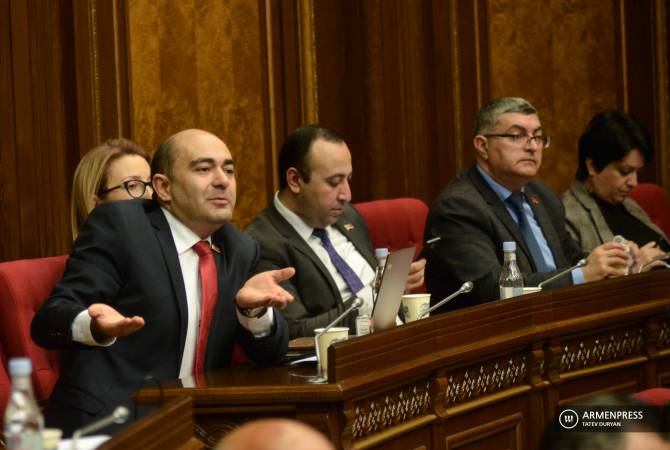 
YEREVAN, MARCH 30, ARMENPRESS. The opposition parties of the Armenian parliament will vote down the government-backed bill on introducing a location data mechanism for tracing direct contacts of coronavirus patients by using mobile carrier data.

MP Edmon Marukyan, the leader of the Bright Armenia (LHK) opposition party, said that the mechanism would require major funding, whereas now the country needs the resources to tackle social economic issues. Instead of this mechanism Marukyan suggested developing social assistance programs. “The LHK disapproves this bill, we are against yielding our liberties,” he said, adding that his party will vote against the bill.

Speaking on behalf of Prosperous Armenia (BHK) opposition party, legislator Naira Zohrabyan called on the government to retract the bill. “Who says that people must definitely arrange their meetings over the phone? I think the majority of meetings are taking place impromptu,” she said, adding that the BHK will vote against the bill.

Justice Minister Rustam Badasyan argued that the opposition’s reaction is due to the fact that the lawmakers didn’t have enough time to scrutinize the bill.