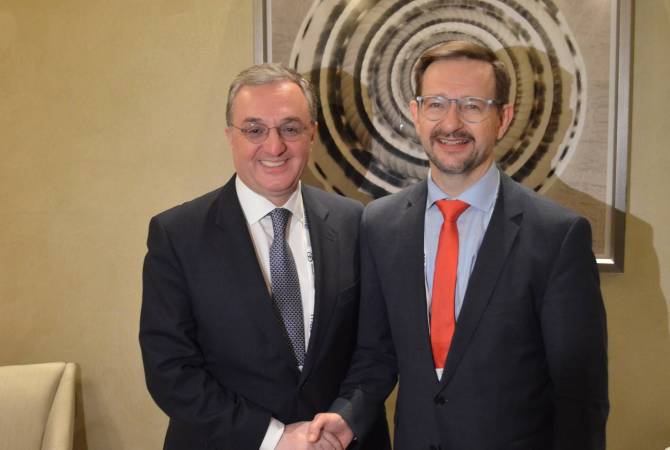 The Foreign Minister said Armenia attaches great importance to the strengthening and expansion of the current productive partnership with the OSCE executive bodies through the promotion of new targeted programs and initiatives. In this context the officials discussed the cooperation within the OSCE partnership program with Armenia and the ways to make it more effective.

The Armenian FM and the OSCE Secretary General also discussed the peaceful settlement process of the Nagorno Karabakh conflict and the recent meetings held on the matter.

Minister Mnatsakanyan highlighted the importance of direct engagement of the Artsakh authorities to the peace process, especially on matters relating to the security and status of Artsakh.

Both officials emphasized the importance of actions aimed at strengthening the environment for peace and preparing populations to peace, as well as the role of the OSCE in this framework.