Armenia to ban use of plastic bags from 2022 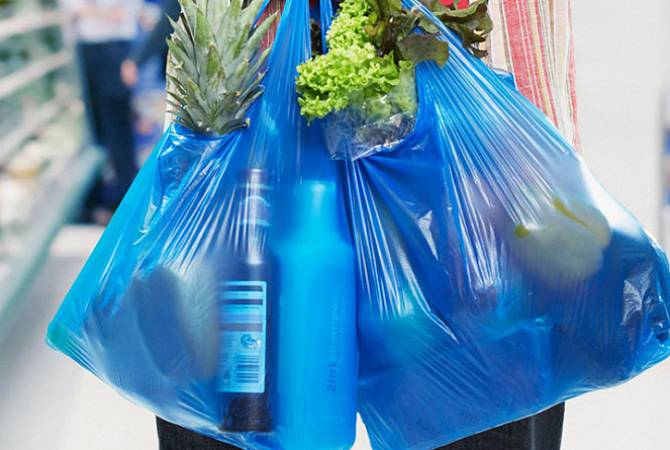 
YEREVAN, JANUARY 24, ARMENPRESS. The use of plastic bags will be banned in Armenia starting from January 1, 2022, but with some exceptions.

Deputy minister of environment Irina Ghaplanyan told a press conference in Armenpress that the exceptions will include the bags for food packaging, trash bags which are made of a secondary raw material. The alternative to plastic bags is going to be the paper and cloth bags.

“At this period we are actively working with all concerned sides. We held discussions with the representatives of bag producers, restaurants, stores and NGOs. We introduced them the program details. We have started the awareness campaign two years before the launch of the ban so that the producers can revise their work and consume the production volumes”, Irina Ghaplanyan said.

Head of the department of environmental strategy programs and monitoring at the ministry Lusine Avetisyan said a large volume of plastic bags is circulated in Armenia annually. But after this ban comes into force it is expected to get 4 thousand tons of plastic bags out of circulation.

“The plastic bags, which later turn into waste, are not degraded for years which negatively affects our environment. This change is not going to be an additional burden for the consumer, as there will be an alternative to the plastic bags”, Lusine Avetisyan said.

The ministry will carry out an active awareness-raising work among the public to make them know what negative impact the plastic bags, the plastic in general have on the human health and the environment.

Getting the plastic bags out of the circulation is the first step. The ministry is also discussing other initiatives. In particular, it considers introducing the payback system. What does it mean? The bottles made of plastic, aluminum, glass are recyclable. In developed countries there are devices in shopping centers which accept these containers and give citizens a coupon which they can use in supermarkets. Currently research is underway to understand what regulations need to be carried out.