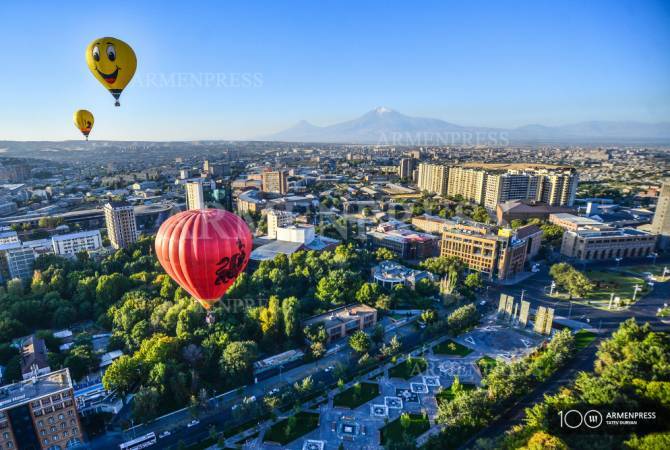 
YEREVAN, JANUARY 6, ARMENPRESS. Armenia has once again been named a hottest travel destination for 2020, this time by the London-based Evening Standard newspaper’s trip advisor Suzannah Ramsdale.

The newspaper called Yerevan city as “The Culture Hit”. “History buffs will get their fix, and some, in Armenia’s capital. Currently a relatively undiscovered corner of the world for Brits, Yerevan has museums, Soviet-era architecture and medieval churches aplenty”, Evening Standard wrote about the Armenian capital.  As for destinations outside Yerevan, the newspaper mentioned the famous Geghard monastery.

“Geghard, a Unesco World Heritage Site, is a must. A labyrinthine monastery, carved into the mountains, dating back to the Fourth century”.

“When you’re cultured-out, make the most of the lively, ever-evolving foodie scene. Try Armenian dolma — minced meat wrapped in vine leaves — or head to the Yerevan Brandy Company distillery to sample Winston Churchill’s favourite brandy, Ararat. Tastings are pleasingly generous. Luxury travel agent Black Tomato has added a tour of Yerevan to its 2020 offerings. “Summer is the best time to visit,” says the company’s co-founder Tom Marchant, “when locals flock to the so-called Pink City to make the most of its outdoor cafes and gathering in Republic Square to literally soak in its fountains and lakes.”

Previously many other magazines and newspapers had named Armenia as a top trending tourism hotspot for 2020.