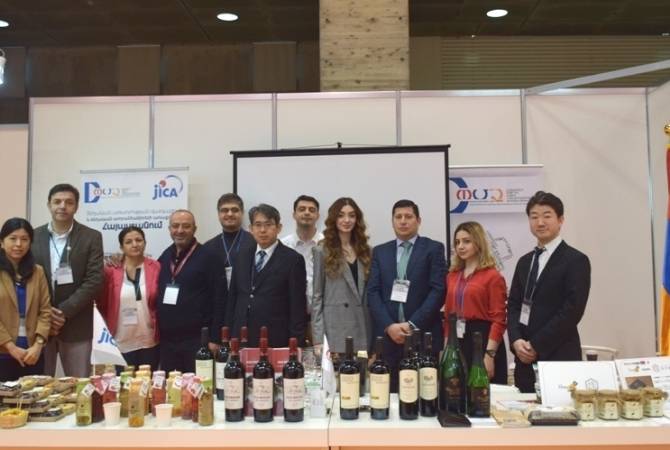 The Armenian companies were enabled to participate in “Foodex Japan 2018” due to the support of Japan External Trade Organization , Japan International Cooperation Agency, the Armenian Embassy in Japan and the SME Development National Center of Armenia.

Companies engaged in production of dried fruits, wines, honey and compote went to the exhibition from Armenia.

Ambassador of Armenia to Japan Hrant Poghosyan noted that the participation of Armenian companies in such events once again shows the broad scope of cooperation between Armenia and Japan. “During the past few years products labeled "Made in Armenia", particularly organic and high quality foodstuff, gradually finds its consumers in the Japanese market”, the Ambassador said.

The Armenian pavilion was in the center of attention of many visitors. The owner of one of the restaurants of Tokyo said that he would advise his clients to drink Armenian wines particularly with French food. “These wines have very nice taste and odor. The power of fruits can be felt”, he said.

Japanese importer Orita Kozo visited the Armenian pavilion with a special goal. He had seen the hippophae compote. “I was looking for any food produced with hippophae and saw this compote and came here to see what it is. As an importer I think that there is a demand of hippophae-based foodstuff in Japan. The Japanese people just start to be interested in this healthy food. I think the products of you company will be greatly demanded in Japan”, he said.