New cinema, fashion brands & many more to be available in Syunik 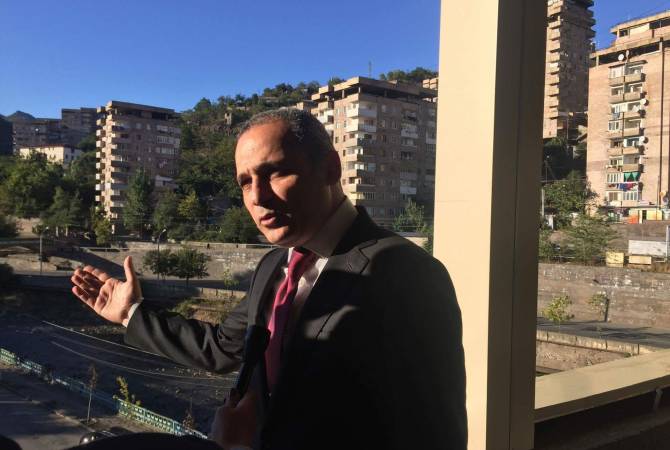 
KAPAN, OCTOBER 7, ARMENPRESS. Residents of Armenia’s Kapan will soon have the chance to watch local and foreign movies in the town’s own cinema, which will operate in one of the largest shopping centers – Kapan Mall.

Vahe Hakobyan, Governor of Syunik province, where the town is located, said a cinema functioned in the town in the Soviet era.

“It [the cinema] will be free of charge for socially vulnerable families during weekends. We will provide transportation for children”, the governor said.

Hakobyan says the opening of the cinema is particularly aimed at diversifying the daily life of the youth. A café will be available in the area also. The governor himself said he and his family like to watch movies in cinemas.

“Certainly we are talking about quality films. We want to bring the tradition to Kapan. We want the cinema to be a present for Kapan by Christmas”, he said.

The cinema will be equipped with international standard German-made film-equipment. Agreements have been reached with several international film suppliers, which enables to screen the best foreign movies in Kapan.

At least 10 employees will work at the cinema, according to the governor.

An Outlet Shop will also be opened in Kapan Mall, where international brands such as Zara, Bershka, Stradivarius, Pull and Bear, Oysho, Topshop and Newlook will be available.

Another new addition in the province is the Casino which is under construction in Meghri. Hakobyan says it is targeted for the Iranian market.

“I’ve talked to several foreign investors, who are due to arrive. We offered a 22-storey building, which is outside Meghri, with 102 hotel rooms and a restaurant”, he said.