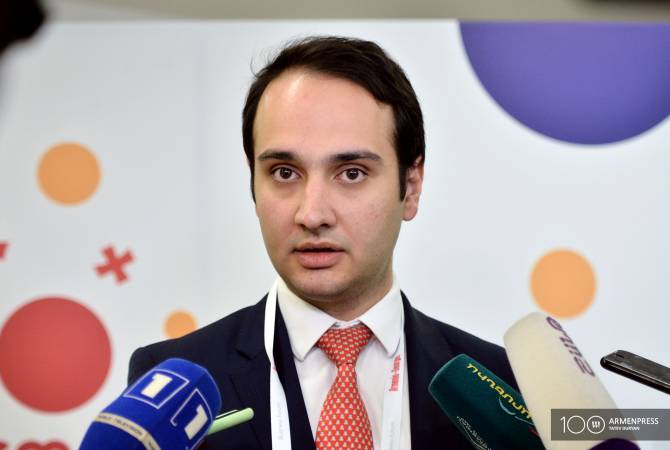 
DILIJAN, JUNE 28, ARMENPRESS. As of April 1, 342 enterprises with the participation of Georgian capital are registered in Armenia. The two countries are making mutual investments in processing industry, tourism and agriculture, Deputy Minister of Economy Avag Avanesyan told reporters in Dilijan on the sidelines of the Armenian-Georgian business forum.

“The investments between our countries will depend on the trade turnover volumes. Both are mainly investment absorbing countries, in other words, the growth potential is not so high in order to be able to make foreign investments, the same can be said about Georgia. But when the trade turnover starts growing, the business ties further strengthen, it is possible Armenian-Georgian companies will be established with a joint capital. And at that time we will also see intensification of investment flows. The sectors where both countries make investments are compatible, such as processing industry, tourism and agriculture”, he said.

The deputy minister said there is also cooperation in the IT field, but is not at a high level yet.

Asked how many companies with an Armenian capital are operating in Georgia, Avag Avanesyan said according to the data of their partners, there are 360-390 such companies. He added that the volume, rather than number, is important.

In 2018 the trade turnover between Armenia and Georgia has certainly decreased compared to 2017. Avanesyan said the main reason of the decline was the decrease in trade turnover of mines. But the deputy minister stated that in January-April 2019, the trade turnover has already registered a double-digit growth. “This means that the interest is growing. There are some goods for trade and their growth potential exists”, he added.

Avag Avanesyan considered tourism as the main cooperation direction where Armenia and Georgia can act with a single tourism result. The new directions of cooperation are being discussed at the moment.