Armenia’s representative to ECHR steps down 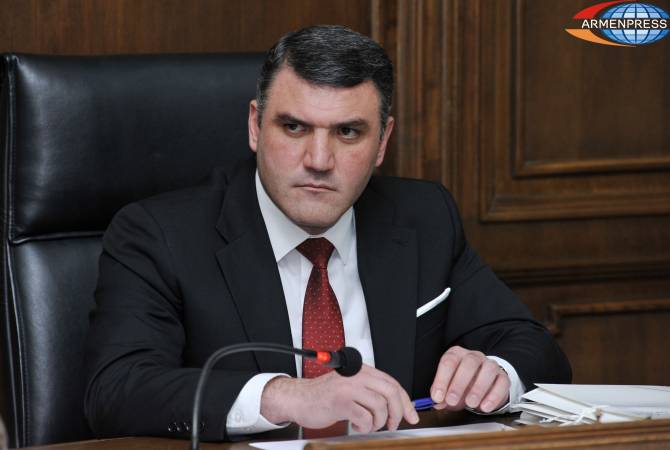 
YEREVAN, JUNE 15, ARMENPRESS. Republican Member of Parliament Gevorg Kostanyan has stepped down as Armenia’s representative in the European Court of Human Rights.

Kostanyan, a former prosecutor general, said in his opinion the new government must have the chance to freely presents its stances in the ECHR cases and not be restrained with previous stances.

Kostanyan told ARMENPRESS that he filed for resignation three days ago.

“During these years I and my team did our best for duly presenting Armenia’s interests in the European court. I am sure that this new team will work with no lesser devotion and the human rights protection situation in Armenia will be improved yearly,” he said in a statement.

The full statement of Mr. Kostanyan is available in Armenian.