Bako Sahakyan will not participate in next presidential elections in Artsakh 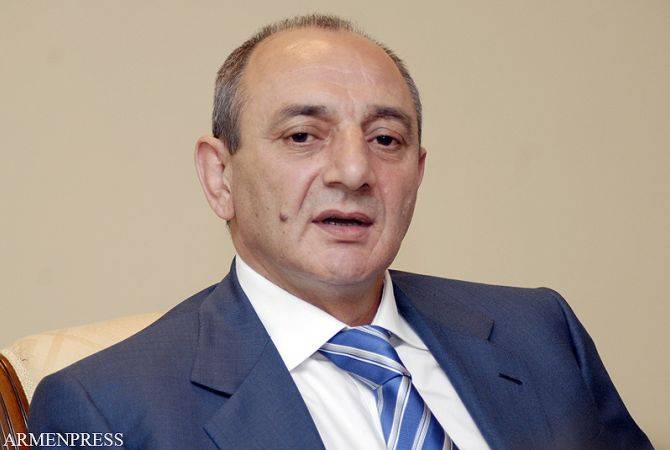 
YEREVAN, JUNE 11, ARMENPRESS. President of Artsakh Bako Sahakyan has official announced that he will not bid for presidency in 2020, ARMENPRESS reports Bako Sahakyan said in an interview with the Public TVs of Armenia and Artsakh.

“As you know our people adopted a new Constitution through referendum in 2017, which provides for a transitional stage of 3 years. This period will be also used for harmonizing the legislation with the new Constitution. National presidential elections will be held in 2020 in line with the current Constitution. I want to officially announce that I will not participate in that election. My participation will be as a citizen of the Republic of Artsakh who elects a new President”, Bako Sahakyan said.

He added that he will take all the necessary steps to ensure free and transparent presidential and parliamentary elections. “This is a conscious decision that derives from our value system and the imperative to establish a democratic and civilized state”, Artsaklh’s President said.