People’s rights are priority, but these rights should be implemented in the scope of logic – Serzh Sargsyan 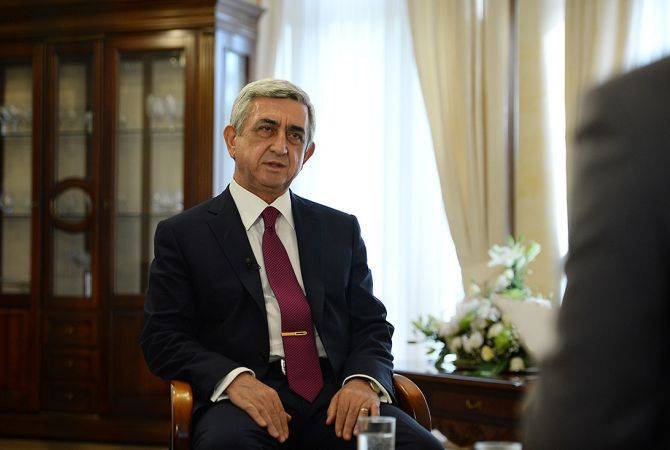 
YEREVAN, APRIL 18, ARMENPRESS. People’s rights and freedoms are priority, at least this is our understanding, ARMENPRESS reports Prime Minister of Armenia Serzh Sargsyan said in an interview with “Shant” TV, answering the question if the rallies have any kind of influence on the country’s economic development.

“Those priority rights, if really implemented in the scope of logic, will in no way hamper economic development. But when they become disproportional, when they turn into traffic jams in Yerevan, what do you think, can it have any positive impact?”, Serzh Sargsyan said.

According to him, in the recent years Armenia has had only one tranquil year, when there was neither external nor domestic instability. “The only year, I think was 2017, when there were no rallies in the streets, the tourists could easily come to Yerevan and investors could make investments. It was the only year and in that year we recorded 7.5% economic growth. We need a few years, just a few years in order to make this economic growth much more tangible for people. Right, anyway there will be some discontent, since the better one lives, the more his demands rise. But the goal is to reach the minimal level where people will be able to implement at least half of their wishes. This is the issue”, the PM stressed.