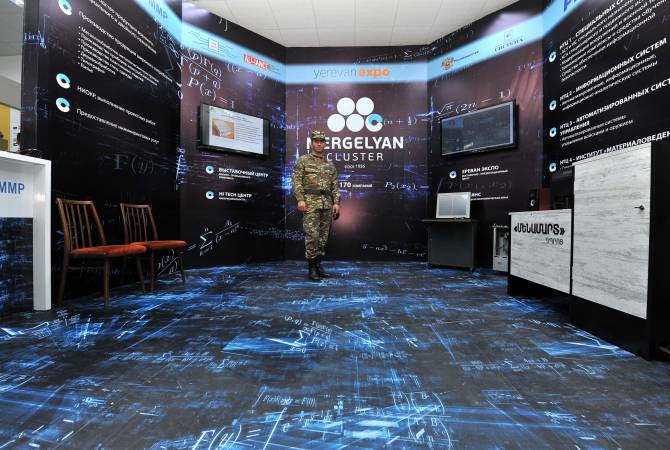 
YEREVAN, MARCH 30, ARMENPRESS. The Armenian-made Galaxy system is one of the important tools of the country’s air defense system.

The radar is capable of screening the airspace of not only Armenia but also neighboring countries.

“The information provided by this system is given to all air defense bases”, a military official told ARMENPRESS.

The official says all aircraft are mostly passenger planes, training airplanes – the route of which is known. But if an aircraft were to approach violating the airspace, then all air defense units are brought to high alert – a standard protocol.

According to Sargis Hayrapetyan, the developer of Galaxy, the system is on 24/7 service.

Galaxy is displayed at ArmHiTec-2018, an international defense technology exhibition in Yerevan. The fair will run through March 29 -31.