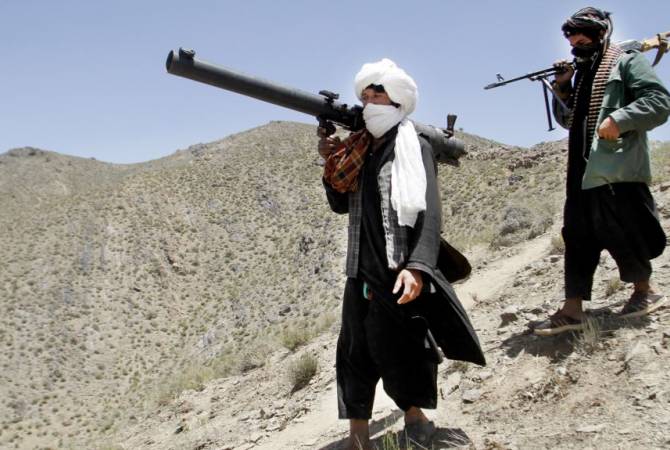 
SOFYA, JULY 4, ARMENPRESS. A scandalous investigation has been published in the Bulgarian newspaper Trud on July 2 which reveals the Azerbaijani state circles’ direct engagement in supplying weapons to Islamic terrorist groups at different parts of the world, reports Armenpress.

Dilyana Gaytandzhieva’s investigative article mainly focuses on the illegal and large-scale export and sale of arms to Syria, Iraq, Afghanistan, Pakistan and Congo by Silk Way Airlines (an Azerbaijani state-run company) under the cover of diplomatic flights.

Documents implicating Silk Way Airlines in arms supplies were sent to the author of the article by an anonymous twitter account – Anonymous Bulgaria. Dilyana Gaytandzhieva says over the past three years at least 350 diplomatic Silk Way Airlines flights transported weapons for war conflicts across the world. The state aircrafts of Azerbaijan carried on-board tens of tons of heavy weapons and ammunition headed to terrorists under the cover of diplomatic flights. The author of the investigation notes that some of the weapons that Azerbaijan carries on diplomatic flights were used by its military in Nagorno Karabakh. The facts reveal that the Azerbaijani Defense Ministry’s 2016 statement according to which the Armenian side used white phosphorus is nothing more than disinformation.

By using the address of the Azerbaijani Defense Ministry the state-run company carried out illegal operation which would be impossible without the permission of the Baku leadership. According to the documents, Azerbaijan’s Foreign Ministry has sent instructions to its embassies in Bulgaria and many other European countries to request diplomatic clearance for Silk Way Airlines flights.The requests for diplomatic clearance included information about the type and quantity of the dangerous goods – heavy weapons and ammunition. However, the responsible authorities of many countries (Bulgaria, Serbia, Romania, the Czech Republic, Hungary, Slovakia, Poland, Turkey, Germany, UK, Greece, etc.) have turned a blind eye and allowed diplomatic flights for the transport of tons of weapons, carried out by civil aircrafts for military needs. This incident is not only a violation of international law, but also that of norms of the International Air Transport Association (IATA).

Among the main customers of the “diplomatic flights for weapons” service provided by Silk Way Airlines are American companies, which supply weapons to the US army and US Special Operations Command. According to the register of federal contracts, over the last 3 years American companies were awarded $1 billion contracts in total under a special US government program for non-US standard weapon supplies. All of them used Silk Way Airlines for the transport of weapons.

In some cases when Silk Way was short of aircrafts due to a busy schedule, Azerbaijan Air Force aircrafts transported the military cargo, although the weapons never reached Azerbaijan which reveals the state’s direct engagement in the illegal sale of weapons. The deliveries of American companies were mainly sent to Afghanistan.

Another country that has purchased huge quantities of Eastern-European weapons and exported them on Silk Way Airlines diplomatic flights is Saudi Arabia. The Kingdom does not buy those weapons for itself, as the Saudi army uses only western weapons and those weapons are not compatible with its military standard. Therefore, the weapons transported on diplomatic flights end up in the hands of the terrorist militants in Syria and Yemen that Saudi Arabia officially admits supporting.

The United Arab Emirates (UAE) is another Arab country that has purchased Eastern European weapons which are not compatible with its military standards and were apparently re-supplied to a third party.

It’s worth mentioning that the company has also been engaged in supplying weapons to Kurds in Northern Syria. According to the author of the investigation, such ‘favor’ is linked with the fact that Azerbaijan’s leader is also an ethnical Kurd.

The author reached out to all sides concerned involving the investigation, however, received no comment yet.