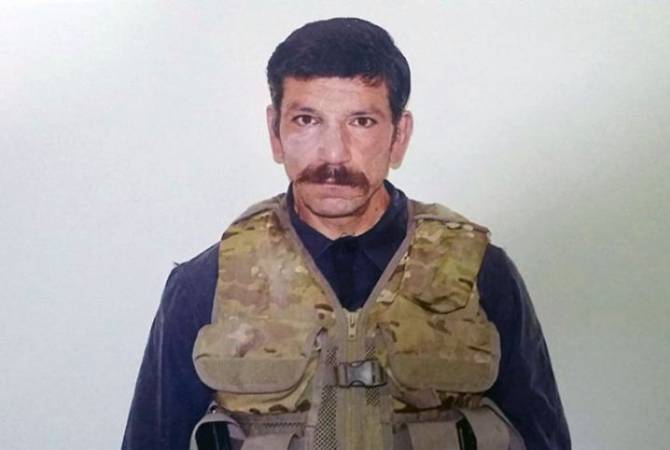 “This person is a civilian, he doesn’t serve in our army: even his appearance clearly shows this. We are familiar with the Azerbaijani methods of presenting ordinary people as saboteurs”, Hovhannisyan said.

In the video, the man who is allegedly identified as Zaven H. Karapetyan, is asked in Armenian about his details, whereby he mentions that he was born in the Dovegh village of Noyemberyan region in Tavush province. The man says he was born in November 16, 1974.

It is noteworthy that according to the official voters’ registry of Armenia, the registration address of a Zaven H. Karapetyan is noted as Vanadzor, Lori province, not Dovegh village of Noyemberyan (present day Tavush province).

The local village official of Dovegh village Mr. Samvel Gorginyan told ARMENPRESS that he doesn’t know Zaven H. Karapetyan, no such person lives in their community and he has no information.

It is noteworthy that the Azerbaijani defense ministry’s report was denied by Azerbaijani social media users themselves.

Contrary to the official Azerbaijani statement, which said that allegedly an Armenian sabotage action was prevented and one saboteur was captured, an Azerbaijani social media user Khasim Masimov said on Facebook that a 50 year old Armenian civilian has crossed the Armenian-Azerbaijani border. According to him, the civilian crossed the border near the Kerimli village. He was discovered by locals, who notified the military and the Armenian citizen was taken away and presented to be a saboteur.

It is noteworthy that other Azerbaijani social media users who responded to Masimov’s post, mocked the occurrence saying that the villager will be taken to Baku and then presented as a famous Armenian political scientist or reporter – hinting on the so-called peace platform which was created by Azerbaijani fraud and lies.

Shortly after posting the abovementioned on Facebook, Masimov deleted it under pressure.