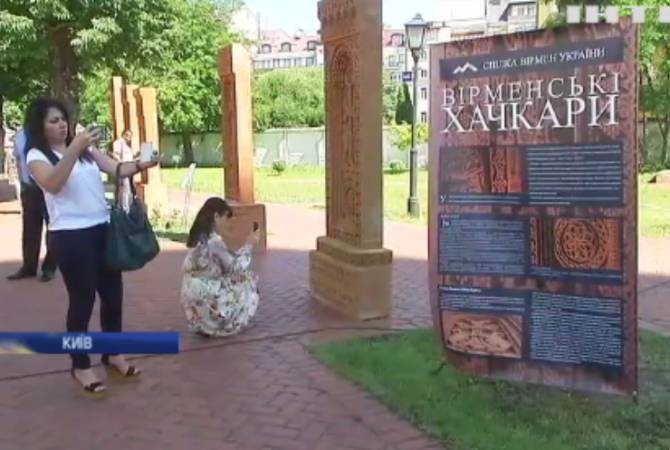 After attending the opening ceremony, heads of Armenian territorial communities led by Chairman of the Union of Armenians of Ukraine Vilen Shatvoryan got acquainted with the construction works of the Armenian Church in the capital of Ukraine.

The main event of the day was the conference of the Armenian Union of Ukraine which was held in hotel ‘Kiev’. The conference was attended by Armenia’s Ambassador Extraordinary and Plenipotentiary to Ukraine Andranik Manukyan, Primate of Diocese in Ukraine Bishop Markos Hovhannisyan, Armenia’s Consul General in Odessa Hayk Ghulyan, master of cross-stones Artak Hambardzumyan, heads of Armenian territorial communities, young people and clergymen.

During the conference Vilen Shatvoryan summarized the works of the Armenian territorial communities in the first semester of 2017.

Hovakim Harutyunyan, co-chair of the youth wing of the Union of Armenians of Ukraine, presented a number of youth programs, as well as the first Armenian youth forum which will be held in Kiev in 2017.